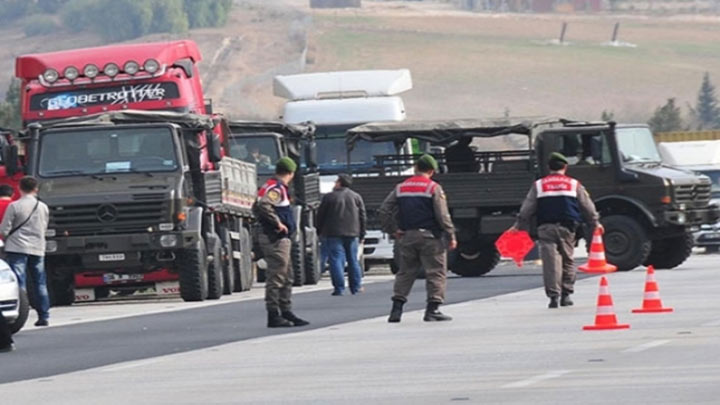 Turkey’s Supreme Court of Appeals has upheld the lengthy jail sentences handed down to 18 defendants for conducting a 2014 investigation into trucks operated by Turkey’s National Intelligence Organization (MİT) that were allegedly carrying arms to Syria.

Among the defendants were former chief prosecutors Süleyman Bağrıyanık, prosecutors Ahmet Karaca, Aziz Takçı and Özcan Şişman, who were arrested in 2015 and in 2019 were handed down sentences of 22 years, six months; 18 years, nine months; 26 years; and 17 years, three months, respectively, on charges that include obtaining and disclosing secret documents and terrorism.

The court also upheld the 20 and 20,5-year prison sentences given to former gendarmerie brigadier general Hamza Celepoğlu and former colonel Özkan Çokay, respectively, both of whom were dismissed from the gendarmerie.

In May the European Court of Human Rights (ECtHR) requested a statement from Turkey regarding the case of Takçı, Bağrıyanık, Karaca and Şişman. The jailed prosecutors argue that they are being kept behind bars solely for doing their job, the rights court noted, adding that two of the prosecutors accuse Turkey’s Constitutional Court of failing to consider their individual applications in a reasonable period of time.

In January 2014 Adana prosecutors ordered gendarmes to conduct a search of a truck on its way to the Syrian border after receiving an anonymous tip. Trucks belonging to MİT that were allegedly carrying weapons to jihadists in Syria were caught near the border, sparking a political firestorm in Turkey about the role of the Turkish spy agency in arming rebel factions in Syria. Turkey’s Justice and Development Party (AKP) government and then-Prime Minister and current President Recep Tayyip Erdoğan strongly denied the claims, saying the trucks were carrying humanitarian aid to Turkmens in northern Syria.

Sedat Peker, a Turkish crime boss who has been making scandalous allegations about the relationship between state actors and the mafia in a YouTube video series since early May, claimed that SADAT International Defense Consultancy, a paramilitary organization established by former Erdoğan aide Adnan Tanrıverdi, sent weapons to the al-Qaeda-linked al-Nusra Front in Syria in 2015.

Following the mafia boss’s revelation, Can Dündar, a Turkish journalist who along with fellow journalist Erdem Gül stood trial for reporting in May 2015 on the MİT trucks that allegedly carried weapons to jihadist groups in Syria and was sentenced to 27 years on various charges including espionage, made a statement saying that Peker’s claims confirmed the authenticity of his report, which was published in the Cumhuriyet daily.

Dündar, who has been living in Germany since he fled Turkey in 2016, said the prosecutors and military officers who were prosecuted and given lengthy jail sentences for stopping the MİT trucks, as well as the journalists who reported on these trucks like him, were paying a price for uncovering the truth behind the MİT trucks.