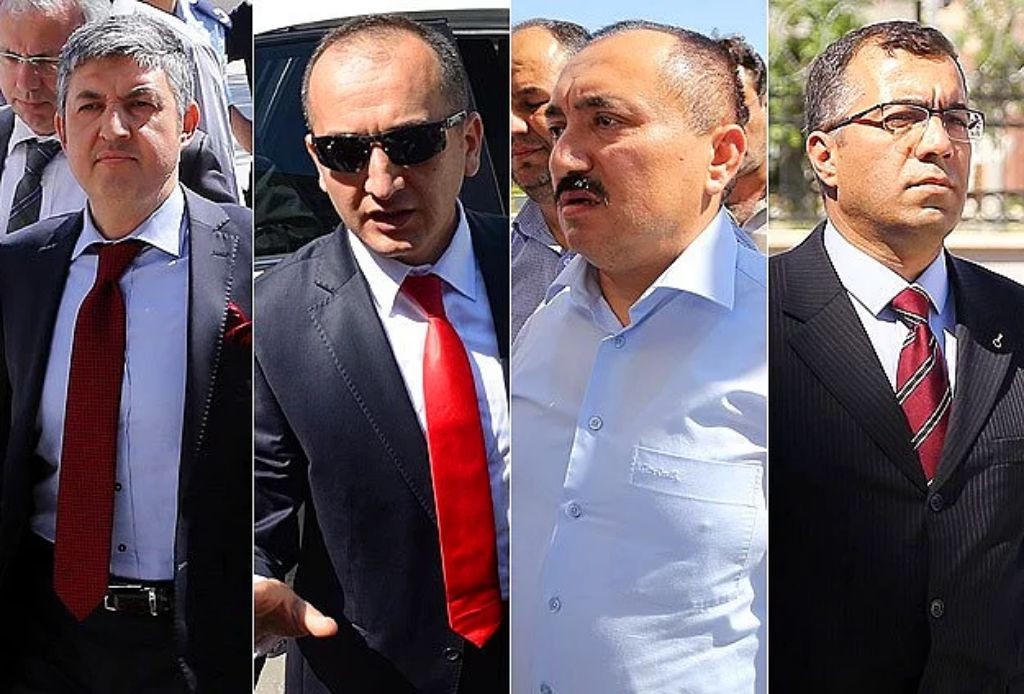 Former Chief of the Public Prosecutors Office of Adana Süleyman Bağrıyanık and prosecutors Ahmet Karaca, Aziz Takçı, and  Özcan Şişman were respectively sentenced to 22, 18, 26, and 17 years in prison on 28 June 2019.

They were found  for espionage charges because of investigating Turkish Intelligence (MIT) Trucks carrying weapons and military supplies to terrorist groups within Syrian borders.

What is the MIT (National Intelligence Service) Trucks Investigation?

On 1 January 2014, in Hatay Province and 19 January 2014, in Adana Province MIT Trucks full of weapons, ammo,  and military supplies were stopped under the order of prosecutors. It was claimed that those trucks had been carrying the weapons to terrorist groups located  within Syria. However, governors of both cities intervened in the operations and let the trucks continue their way. Prosecutor Aziz Takçı who ordered for trucks to be stopped in Adana was dismissed on 24 January 2014.

Former Public Prosecutor Özcan Şişman made an allegation against the people who prevented trucks to be searched and then on 15 January 2015 five prosecutors were dismissed for the sake of investigation.

Being accused of “espionage and attempting to overthrow the government of Republic of Turkey” through the MIT Trucks investigation, former Adana Provincial Gendarme Commander Özkan Çıkay, former Adana Chief Public Prosecutor Süleyman Bağrıyanık, and prosecutors Ahmet Karaca, Aziz Takçı, and Özcan Şişman  were arrested on 8 May 2015.