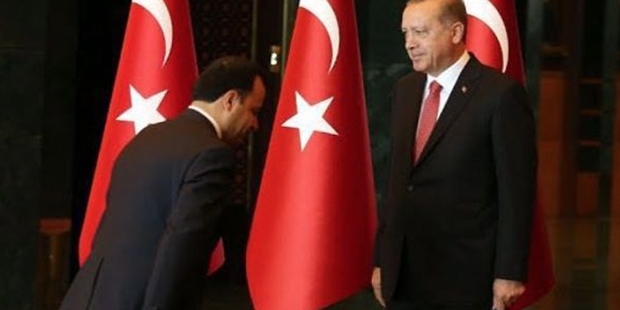 The applicant stated in his application that he was obliged to sleep on shakedown in front of the toilet particularly due to an overcrowded prison conditions and insufficient belongings and living space for at least subsistence level of living did not exist, what’s worse, this situation had been continuing for a long time in prison.

According to the file contents, the applicant was arrested and put in prison on July 29, 2016 and held in overcrowded ward in question for over one year till October 9, 2017. The common living space of the prison cell of the applicant is 32 square meter, the sleeping part is 39 square meter and the air conditioning space is 33 square meter. Despite the prison cell has 16 bed capacity, 25 prisoner were held in this cell. 9 of them slept in this period on the floor rotatingly even some of whom in front of the toilet. According to prison size, the per capita living space is 4,25 square meter. In prison, there is one toilet, one bathroom and 16 cupboards.

In case of the applicant in question, the Court found that it was impossible to conclude that the fact of sleeping on shakedown but not on the bunk creates heavy physical and mental burden. The Court also ruled that the minimum tresholds were not exceeded, admitting that the effect of the absence of sufficent cupboard on applicant’s health was not so acute.

Only one of the justices of Court, on the otherside, stated in his dissenting vote that even though overcrowded prisons can be admitted reasonable for a period of time due to an unforeseen event, the fact that the applicant was forced into sleeping on a bed on the floor even in front of the toilet for over one year does not comply with human dignity and accordingly the state shoud have to take the measures in a reasonable period of time as a matter of its positive obligation and for this reason the current case of the applicant violated the article 17/3 of the Constitution (1).

Being charged with primarily protecting the human rights and freedoms, the Supreme Court earlier had kept its silence against the disregard of legal judge securities of its own two members who were detained on the wake of coup attempt under the pretext of involving the coup. Then a few time later, the court dismissed them unanimously even not granting them the right to defense or launching an investigation into them grounding on such a freak allegation of “social backround criter” whose quasi was lastly experienced in Hitler’s Germany (2).

In this individual application, as it was in the past cases, the Court disregarded the constitutionally guaranteed rights and also the international guarantees to which the Court is obliged to obey as a requirement of the Constitution.

This case does even not comply with the criter of minimum living space (for per capita in overcrowded prisons except the footprint of toilet and bathroom completely separated from the room) determined in the report called ‘The per capita living space in prisons’ which was published in 2015 by the Committee for the prevention of torture and inhuman or degrading treatment or punishment (CPT) (3).

Furthermore, the Minimum Prison Principles of United Nations and Europe with which Turkey also has to obey states that the situation of the prisoners who are already enserfed can not be tightened the noose as a result of the physical impossibilities. By the standards and acceptances in question, the ECHR ruled the violation of article 3 of European Convention on Human Rights (the prohibition of inhuman and degrading treatment) in case of Torreggiani and the others/Italy due to overcrowded prison conditions; in case of Varga and the others/Hungary on the grounds of holding the prisoners under unhygienic conditions due to overcrowded prisons; in case of Mursic/Croatia on the grounds of not having sufficient living space again due to overcrowded prisons (4).

Dismissing its own members from the profession against the laws in effect not taking their defences and even finding this practice acceptable under today’s conditions, the Court again did not surprise anyone by finding that leaving its colleagues no choice but sleep on the floor in front of the toilet for over one year in an overcrowded prison is compatible with the constitutional guarantees.