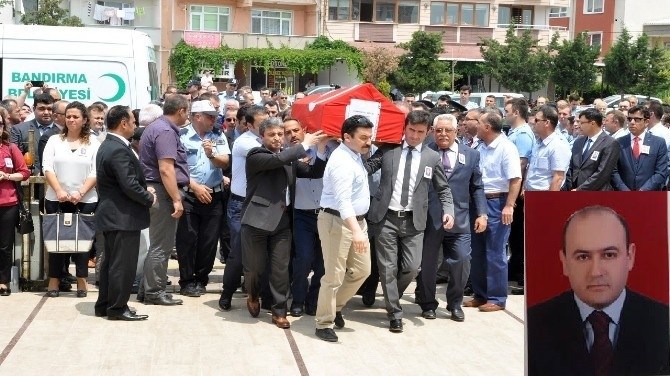 It is understood that the prosecutor Ahmet Biçer who was suspended by HSYK (the High Council of Judges and Prosecutors) at the night of July 15, 2016 and a detention order was issued for him just immediately after a few hours, past away months earlier than July 15.

On his opinion column on 20 July 2016, sozcu newspaper journalist Saygı Ozturk, under the title of “dismissed under the soil”, wrote some claims about dismissing of judges and prosecutors, and Biçer who died months earlier than the date of dismissal:

“The High Council of Judges and Prosecutors (HSYK) ordered the dismissal of 2745 judges allegedly linked to Gulen Movement. One of them was 37 years old Ahmet Biçer, the Public Prosecutor of Bandırma. He was also dismissed. However, HSYK did not even know that he passed away on 23 May 2016. He died from heart attack while playing football on the astro turf and was entombed his hometown Yozgat. He used to work in Beytüşşebap where intensive terrorist activities of PKK are exist. Some friends of him had warned him during HSYK election period, since he was acting against pro-Erdogan Unity in Justice Platform (YBD).

What do you think when you face such a situation that the ones who dismissed 12 years experienced prosecutor Ahmet Biçer did not even know he died 57 days ago and suspended him in his tomb after his death. Wait! Not finished yet.

As I examine the list of the suspended ones, I can find out that the lists were prepared two years ago. This is because, the names of the locations written in the place of duty section are the places in which they worked two years ago. There are social democrats and the members of YARSAV amongs the names who has shown as the members of the alleged Fetullah Terrorist Organization/Parallel State Structure (FETO/PDY).”

After Saygı Öztürk, CHP parlamentarian Uğur Bayraktutan, the man who brought prosecutor Biçer’s dismissal to TBMM agenda, has given a parlamentary question requested to be answered by the Ministry of Justice. Bayraktutan, in his written question, asked whether dismissal lists has been prepared months earlier and put into practice later on.

Suspending thosands of judges and prosecutors from duty by HSYK on the night of coup attempt on 15 July 2016, just a few hours after starting the attempt, has caused broad discussions in the society that they have been dismissed based on the lists prepared long before the attempt. However, no satisfactory explanation has been made by the goverment so far. 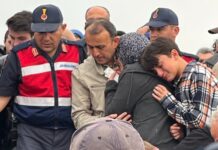