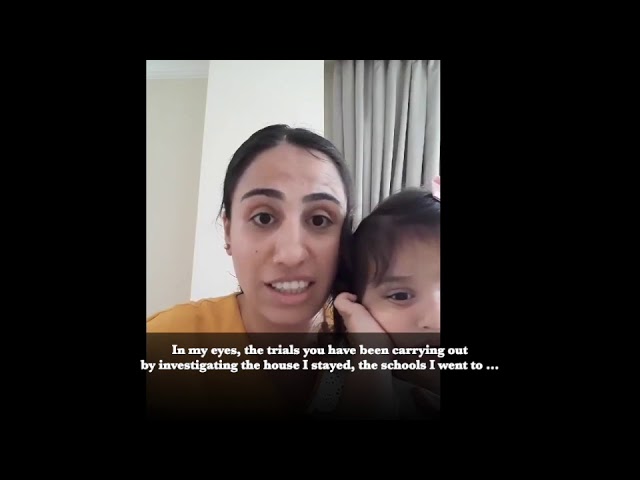 Purged woman judge: “..And most importantly you called a young, honest, hardworking and righteous judge a terrorist. Now, what should I be afraid of? I am not scared of you, I want my job back.”

Former woman judge Sevilay Yılmaz who was expelled and detained, shared a video about 3rd anniversary of declaration of state of emergency:

Quite a number of very prominent jurists have been making statement on a daily basis about the violations of law which has taken place in recent years. I as a jurist do not wish to repeat them but instead say something different.

I am a jurist and I know what is called a crime, a criminal organization and a member of such an organization, as much as you all do.

I also know it is nothing but legal bizarreness being tried for being a member to criminal cyndicate.

In my eyes, the trials you have been carrying out by investigating the houses I stayed, the schools I went to, the friendships I established and the people those I have been speaking with on the phone is nothing more than a travesty.

You are in no position to judge me like the way you do. I no longer fear when I say so.

Because you have robbed me off my profession which I earned through years of toiling for years and years, you had separated me from my dear husband which I married for love, you have detained me and my child immediately after I gave birth to her after having to wait for so many years to have a child. You did not allow me to practice as a lawyer when I wanted to do so. You have done whatever you possibly could to make us to “have only tree bark for food”. And most importantly you called a young, honest, hardworking and righteous judge a terrorist. Now, what should I be afraid of? I am not scared of you, I want my job back.”

Purge-victim woman judge Gülsüm COŞAR died of heart-related causes at the age of 31 on 1st September 2021. She left behind a 5-year-old son...