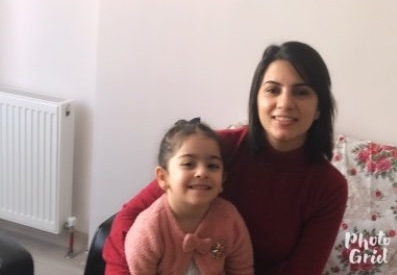 Sultani Temel was appointed as a judge in 2013. After the failed coup attempt, she was dismissed from her profession in August 2016 for having links to alleged terrorist organisation called ‘FETO’.

Temel was taken into custody on 1/17/2017 by the Istanbul Counter-Terror Police Department where she was held in with the orders of the Tokat Province Public Prosecution Office. Subsequently, she was taken to Tokat, compelled to leave her 3-year-old daughter behind. The Tokat Prosecution Office ordered an additional 30 days of detention, where she was kept in police custody.

Temel was subjected to psychological torment during this custody period. She was kept away from her daughter and had received an extended detention time. That is the fact that; all these were to convince her to become a confessor, or to accept charges against her.

Temel was arrested in Tokat Province on 1/27/2017, after being kept in custody for 11 days in a cell where the living conditions were extremely poor and unsanitary, and mental torture was more than frequent. She was kept in for approximately 9 months in the Tokat prison with the order of an unauthorized Tokat Province Magistrate. Besides She never had lived or worked at Tokat throughout her life.

Ultimately she was released on bail by the Istanbul 27th Court of Terrorist Crimes, with the order of a “house arrest”. Temel was traumatized by this experience, particularly having been imprisoned for 9 months with her daughter left behind.

Consequently, she was diagnosed with “depressive seizures” (the doctor’s report on 3/6/2018). Hence she was prescribed a special high dose drug treatment known as Xanax (the medication instructions) There is no claim in indictment about judiciary profession life against her since the beginning of her initial trial. And there isn’t any disciplinary investigation about her profession.

Temel’s trial was adjudicated on 6/6/2018 and she got sentenced to 8 years and 9 months. She was re-arrested with the decision of the Istanbul 27th Court of Terrorist Crimes. The court dismissed all claims for her severe health problems. The house arrest ruling was lifted without any legal base, and she was sent back to prison once again. Temel’s conviction has yet to be finalized. Her case is expected to be examined by the Supreme Court and awaits its first hearing.

Her house confinement continued for 8 months until on 6/6/2018 it was abolished for reasons not disclosed by the court. The decision of an arbitrary rearrest was declared without any justification. Although her severe health problems were repeatedly brought up to the court, it was far from considered. Temel is now being kept in Erzurum prison along with her young daughter Esra since her re-arrest was made for more than a year ago.

According to the court decision, she was sentenced unlawfully and disproportionately. Temel’s psychiatric condition has increased dramatically, and her health conditions have steadily deteriorated since. Her daughter is also being punished alongside her mother.

Temel has applied to the Turkish Constitutional Court on 5/4/2017, but this application was rejected on 2/22/2019 without any legal grounds. Thereafter her case was taken to the European Court of Human Rights on 9/7/2018 for the unlawful and lengthy imprisonment. She has been in prison for a total of 23 months as of now, serving behind bars with her daughter.

Her unjustified and prolonged imprisonment continues each and every day as her emotional, physical, and psychological state proceeds to aggravate. Sultani TEMEL holds the status of remand pending appeal under the domestic law. The confinement of which has exceeded 23 months in total.

It is known that in such cases, the risk of serious and irreversible damage for her health condition can be enormous. The poor health situation threatened her life with the prison sentence of 8 years and 9 months and the right to freedom and security has been violated for an extended time.

As Sultani TEMEL lost her health as a result of her long detention, she was unable to take care of her younger daughter in prison. The Constitutional Court has not assessed nor considered whether or not the applicant would remain in prison due to her medical conditions.

Therefore, her situation in line with the right to life in Article 2 of the European Convention on Human Rights and the prohibition of torture or inhuman and degrading treatment in Article 3 as her life is feared.

The material and non-pecuniary damage suffered by her in respect of her “health and family conditions” are increasing and aggravating each passing day. Therefore, it must be respectfully requested to investigate the health problems of her, who has tried all domestic remedies, and to ensure that she can get professional treatment immediately in a specialized hospital with psychiatric services.