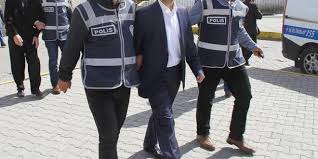 Dismissed and arrested prosecutor Şakir Çeliktaş was sentenced to 10 years in jail by Gaziantep 10th Assize Court for being member of armed terror organisation on 8 Feb 2018.

He was accused of using ByLock secure mobile messaging application which was publicly available on Google and Apple Stores, staying in the same home with friends who were allegedly Gulenists during judgeship examination period, guiding and fundraising for his friends.

He denied accusation, asked his acquittal and release.

After convicting, court ruled continuation for arrest of Şakir Çelik.