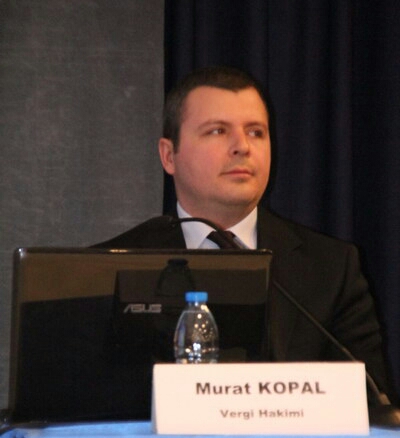 Judge of Izmir 2nd Tax Court Murat Kopal, arrested together with his 2744 colleauges immediate after July 15 coup attempt, was sentenced  to 10 years and 6 months imprisonment for being a member of FETO by 13rd Heavy Penal Court.

The unlawful decisions of the panel of judges in Kopal’s trial attracted attention. Firstly, the panel of judges denied the motion as to be granted an extension of time to prepare the defence. Despite “the right to get a legal advice from a lawyer” during the hearing is the fundemental of the right to defence, the panel of judges disregarded the absence of Kopal’s lawyer in hearing and what’s more, they sentenced him to a heavy imprisonment under the given circumstances on the grounds that the lawyer intended to hinder the completion of the trial.

Althouhg the imprisonment penalty established in Turkish Criminal Code is 6 years and 3 months for the alleged crime, the panel of judges aggravated the penalty and sentenced him to 10 years and 6 months on the grounds that he had been discharging his judicial task  since 2006. Furthermore, they decided to continuation of his arrest  despite he had been held under arrest for one and a half year (1).

Kopal was known with his writings and shares defending the independence of the judiciary and also criticising the government’s practices aiming to take the control of the judiciary  at adalet.org website, used by judges and prosecutors. One of the issue what Kopal had criticised was the release of Reza Zarrab and arresting police officers who investigated Zarrab in the presence of criminal evidences appeared on press on 17/25 corruption and bribery investigations. As known, Reza Zarrab had gone to US after his release in Turkey and arrested there. He stated that he had given a bribery to be released.

Judge Islam Cicek, releasing Reza Zarrab, has become famous on press with his Erdoganist and islamist thoughts. Having been appointed  to the Supreme Court of Appeal as a member judge on July 5, 2017, he was rewarded by HSK, completely coming under the command of Erdogan after referendum (2).