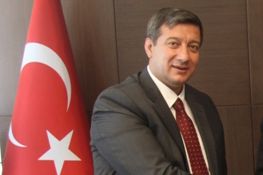 Former Secretary General of Top Court, Mehmet Oğuz Kaya was sentenced to 10 years in prison over the pretext of terrorism charges on 17 April 2018. Furthermore, court ruled continuation of his detention.

His defense at the last hearing as follows:

“I shared messages via my social media accounts to react against coup attempt at the coup night. If the coup becames successful I would be jailed by putschists.

I was accused that I referred a alleged Gulenist jurist to be rapporteur judge at Top Court but there is no person named working for Top Court.

I did not commit any action which is identified as crime. I request my acquittal.”

However, after deliberation, court sentenced him and ruled continuation of his detention.