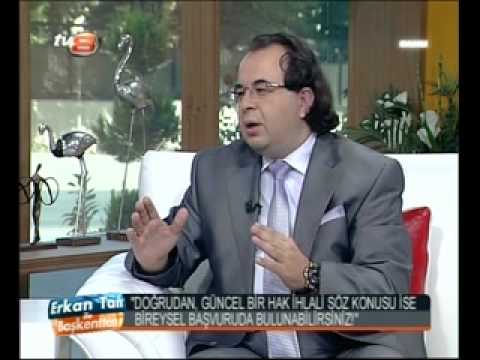 Former legal officer in the Council of Europe and Deputy Secretary General of Top Court, judge Bahadır Kılınç was sentenced to 10 years in prison over the pretext of terrorism charges on 26 April 2018. Furthermore, court ruled continuation of his detention.

He was accused of being assigned by Gulenists to the Top Court, supporting anti-YBD candidates for Judicial Council Election in 2014 and ByLock usage.

He denied all accusations by emphasizing anonymous witness Defne, who was also jailed for the same accusation, does not meet the criterias to be witness. (1)

He had been working in the judiciary over 20 years, 12 years of which passed in the Turkish Constitutional Court as Judge-rapporteur and Deputy Secretary General. In addition to his judicial duties, he was responsible for international relations of the Court between 2006-2015.

He worked as Legal Officer in the Council of Europe, Department for the Execution of the ECHR Judgments.

He involved in many projects of the EU and Council of Europe as expert and advisor. He had been invited by the Secretary General Jagland to the Group F of CDDH on longer-term efficiency of the European Convention System. (2)