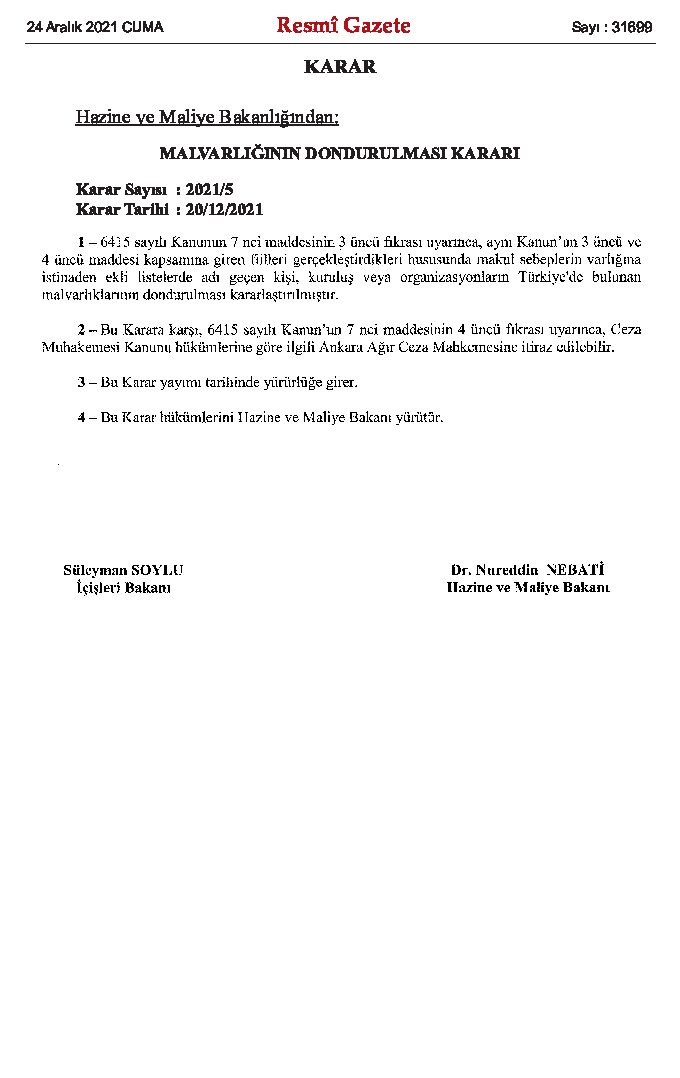 With the decision published by the Ministry of Treasury and Finance in the Official Gazette on December 24, 2021, it was decided to freeze the assets of 771 real and legal persons, on the grounds that there were reasonable suspicions that they were financing terrorism. The decision no further personalized evidence.

Interestingly, the decision also included the names of some judges and prosecutors who were dismissed after the controversial coup attempt of 15 July 2016.

However, for the last 5.5 years, no evidence or accusation regarding financing of terrorism has been brought in the cases regarding the dismissed judges and prosecutors. They were just accused of membership in a terrorist organization.

This last decision to freeze assets can be thought of as a kind of threat and intimidation, among the judges and prosecutors who were expelled and who managed to leave the country and got asylum protection in several western countries, especially those who took part in investigations that disturbed the government in the past.