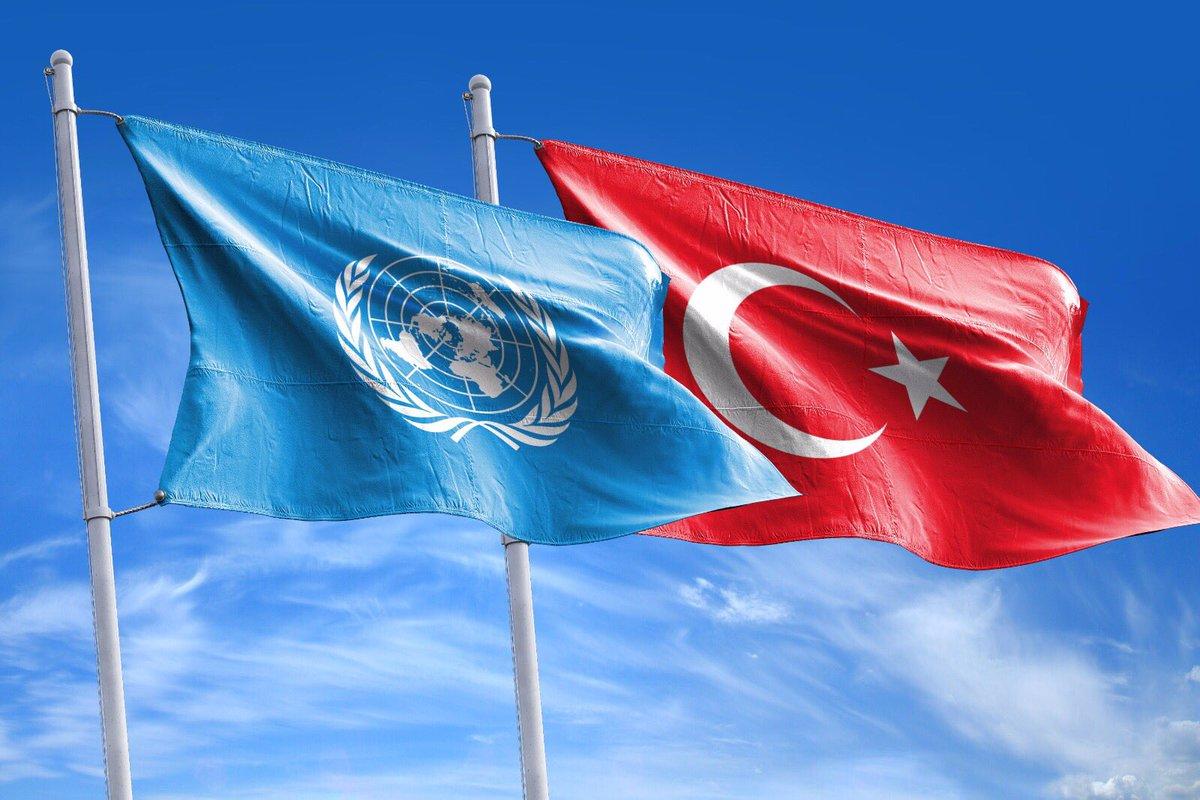 GENEVA (20 March 2018) – Routine extensions of the state of emergency in Turkey have led to profound human rights violations against hundreds of thousands of people – from arbitrary deprivation of the right to work and to freedom of movement, to torture and other ill-treatment, arbitrary detentions and infringements of the rights to freedom of association and expression, according to a report issued by the UN Human Rights Office on Tuesday.

The report, which covers the period between 1 January and 31 December 2017, warns that the state of emergency has facilitated the deterioration of the human rights situation and the erosion of the rule of law in Turkey, and may “have long-lasting implications on the institutional and socio-economic fabric of Turkey.”

Here are some parts of the report with regards to situation of judiciary of Turkey:

…
34. OHCHR is concerned that the new appointment system for the members of the Council of Judges and Prosecutors (formerly High Council of Judges and Prosecutors), introduced through amendments to the Constitution, does not abide by international standards, such as the Basic Principles on the Independence of the Judiciary. In particular, under the amended Constitution, the President appoints four members – that is almost a third of the members of the Council of Judges and Prosecutors, – whose regular number has decreased from 22 to 13 as a result of the amendments. Because of the Council’s key role of overseeing the appointment, promotion and dismissal of judges and public prosecutors, the President’s control over it effectively extends to the whole judiciary branch. The United Nations Human Rights Committee has noted that a situation where the executive is able to control or direct the judiciary is incompatible with the notion of an independent tribunal.
…

2. Interference with the independence of the judiciary

“I saw on TV that there was a new list of judges suspended. Someone called from my department and said that he had received a list from HYSK and I understood that I had been suspended. I saw on TV that they were interrogating judges. I did not go to work that day and from then on I also decided to hide. I did not believe that anything would be done according to the established procedures.”

48. Based on credible reports from a variety of sources, OHCHR documented increased executive control over, and interference with the judiciary and prosecution service; the arrest, dismissal and arbitrary transfer of judges and prosecutors to other courts; and recurring instances of threats against lawyers.

49. Article 3 of Decree 667 of 29 October 2016 gave to appellate supreme judicial instances (the Constitutional Court, the Court of Cassation and the Supreme Administrative Court) the power to dismiss their members allegedly linked to Gülenist network. As a result, a large number of ju dges and prosecutors were dismissed, arrested and detained since the failed coup attempt; 4,240 Judges and prosecutors were dismissed through executive orders of the High Council of Judges and Prosecutors, and the Constitutional Court dismissed two of its judges.

50. Sources interviewed by OHCHR indicated that the collective dismissals and suspensions of judges from lower instances courts through lists issued by the High Council of Judges and Prosecutors have been largely arbitrary, and that appropriate procedures were not followed, including respect for the fundamental principle of presumption of innocence, the provision of specific evidence, and individual reasoning of the case, or the ability to present a defence. According to Turkish Law 2802, members of the judiciary can be arrested only when caught in flagrante delicto of committing an aggravated felony.

51. OHCHR recalls that judges represent a special category of public servants, whose independence is guaranteed under international law. Therefore, any dismissals within the judiciary should be subjected to particularly exacting scrutiny, even in times of a serious public emergency. Such dismissals not only affect human rights of the individual judges concerned, but they may weaken the judiciary as a whole and affect its effectiveness.

52. OHCHR notes that the jurisdiction and practice of the Peace Judgeship Courts, established by Law 6545 in June 2014, give rise to numerous concerns. These courts have been using the emergency decrees to issue detention orders, including decisions to detain journalists and human rights defenders, to impose media bans, to appoint trustees for the takeover of media companies, or to block internet. The courts were created following claims by the Government that the investigations that were ongoing into corruption cases involving high level public officials and businessmen were part of an attempted coup by the judiciary. However, under the Law on Criminal Procedure, the Peace Judgeship Courts were given broader powers, such as to issue search and seizure warrants (including permitting ‘wire-taps’ for the interception of communications) and arrest and detention warrants.

53. The decisions of Peace Judgeship Courts can only be appealed to another judgeship of peace. The United Nations Special Rapporteur Special Rapporteur on the promotion and protection of the right to freedom of opinion and expression observed that “the system of horizon tal appeal falls short of international standards and deprives individuals of due process and fair trial guarantees.”

54. According to the Venice Commission, “there are nume rous instances where peace judges did not sufficiently reason decisions which have a drastic impact on human rights of individuals. Their heavy workload does not leave them sufficient time to provide sufficiently individualised reasoning, notably in cases of detention and when shutting down Internet sites.”

55. OHCHR emphasizes the risks of executive control over the judiciary and its institutions with regard to the rule of law and democratic guarantees.

56. In total, some 570 lawyers were arrested, 1,480 faced some kind of prosecution, 79 were sentenced to long-term imprisonment, and approximately 34 bar associations shut down on the ground of alleged affiliation to a terrorist organization. In addition, OHCHR observed a pattern of persecution of lawyers representing individuals accused of terrorism offences, being associated with their clients’ cause (or alleged cause) while discharging their official functions, and consequently prosecuted for the same or related crime attributed to their client.

57. The risks faced by criminal defence lawyers is reportedly so high that it is extremely difficult for suspects arrested during the state of emergency to find a lawyer. Some lawyers still willing to defend suspects of terrorism demand fees that are unaffordable for the majority of suspects. This constitutes an obstacle to the enjoyment of the right to fair trial and access to justice.
…