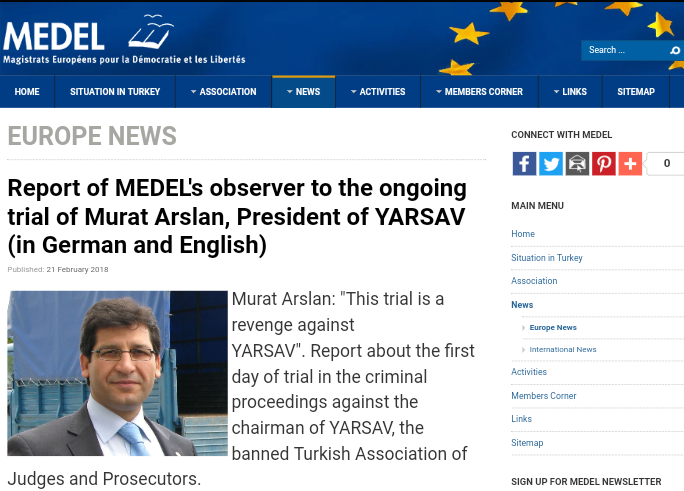 Murat Arslan: “This trial is a revenge against YARSAV”. Report about the first day of trial in the criminal proceedings against the chairman of YARSAV, the banned Turkish Association of Judges and Prosecutors.

Murat Arslan began his career in law at the Turkish National Court of Accounts (Sayıştay). He changed paths in 2005 when he became a reporter judge for the Constitutional Court. He first became active in YARSAV, the Turkish association of judges and prosecutors founded in 2006, as a member of the board. Later he became the vice-president of the association, and was elected president in 2011. He was reelected several times and was the chairman of YARSAV until the organization was banned by an emergency decree after the attempted coup d’état on 15.07.2015. Murat Arslan had already been transferred back to the national Court of Accounts in 2015. After the attempted coup d’état, he was dismissed and from 19.10.2016 on he has been in detention pending trial.