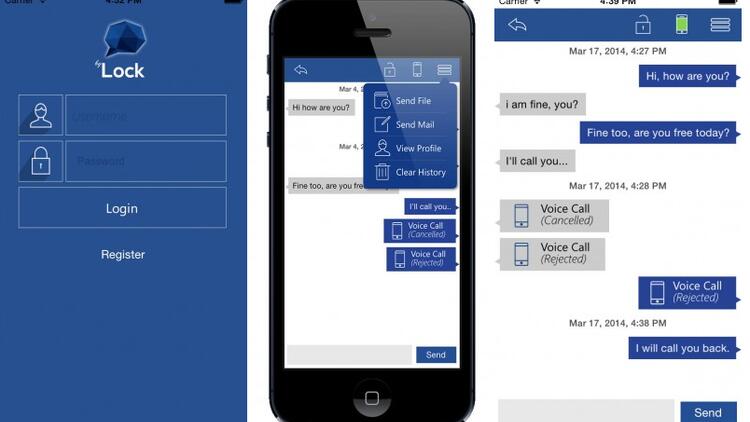 It is regulated in article 134 of the CCP[1] the procedure of search and seizure on/ofcomputers, computer programs and databases. According to the first paragraph of the article, on condition of certain conditionsemerging, a SEARCH could be effected on computers, programs or databases, copies from computer data could be extracted, and these data could be deciphered and turned into texts.

According to the second paragraph of the article, where it can’t be accessed to or be found out the concealed information as the code can’t be deciphered, these items and materials could be seized with in order to the fact that deciphering could be effected and that the required copies could be extracted, and after the code being deciphered and the copies being taken, they are given back. If the procedure of seizure iscarried out, all the data in the system is backed up and it is also handed over to the suspect or her/his representative.

What is meant by the search on computers, programs and databases is examination of the data recorded in these materials. Under the law, it is rule that computers are searched on site. However, only if the search procedure could not be carried out on site, these materials could be SEIZED and taken for the search to be effected. Moreover, according to article 134/5 of the CCP, it is more proper that the copies of the data in the system are taken “without them being seized”. Pursuant to the system of the Code, the search procedure is conducted first. When this is not possible, the seizure procedure is carried out and a search on the seized materials is effected. It is ideal that the search is made without the seizure procedure being resorted to. But a decision by a judge [is necessary] for both the search and seizure procedures (at the time when the Bylock server was seized, the search and seizure procedures may have been conducted only upon a decision of the judge).

Yet procedures of obtaining the data relevant to the Bylock system were carried out in reverse. That is to say, in the first place, the measure of SEIZURE was effected,without a decision of the judge, by the NIO[2]under Article 134/2 of the CCP on the hard disk and flash memory which contains the data in question. Later, the measure of SEARCH as in the first paragraph of the article was carried out. However, the search order here was formed not by a judge’s decision which was rendered by a judge in relation to the Bylock server, but by the fact that the Plenary Criminal Chamber of the Court of Cassation (PCC) unprecedentedly assumed that, even though there was not such a procedure in the CCP, the decision of the Ankara 4th Peace Judgeship dated 09/12/2016 (numbered 2016/6774 Various Affairs) was a retroactive (!) search [decision] about the server which had been seized nearly one year before that decision (Judgment of the Plenary Criminal Assembly of the Court of Cassation dated 26/09/2017, numbered 2017/16.MD-956 Docket, 2017/370 Decision). That is to say, there was not any search order duly given in respect of the server but there was the assumption of the Plenary Criminal Chamberto the effect that the search decision, which could only have had an effect in future, could be retroactively enforced.

However, even though there exists this judgment with which the PCC of the Court of Cassation accepts the search on the Bylock serverretroactively (!), there is not any decision of the judge that is said to have been even retroactively (!) taken for the SEIZURE of the server which was SEIZED and broughtfrom Lithuania, and there is not any assumption made by the Court of Cassation on this matter. Even though it is fabricated such a procedure as a retroactive search [decision] for a search on the server, where is the decision given by a judge for this server to be seized? How may this server have been brought from another country in the absence of a decision of SEIZURE? Where a procedure of seizure could be effected in that way, why bother with the seizure procedure set out in detail in article 134/2 of the CCP?

In another word, “search and seizure” are a measure of constraint and carried out together, yet the search and seizure were separated since it was fallen into legal error in the way by which the Bylock server was taken possession of. Besides there were a number of legal violations in the procedure of seizure.

FIRST, the seizure procedure was carried out without a decision of a judge.

SECONDLY, the seizure procedure was carried out by the NIO that has not a judicial duty and law enforcement power.

THIRDLY, the seizure was effected in the absence of conditions in the second paragraph being met.

FOURTHLY, a backup hadn’t been effected before the seizure procedure. The backup was effected during the retroactive search procedure (!) after the seizure by the NIO.

The measure of “search on computers, computer programs and databases, copying and seizure” stipulated in article 134 of the CCP is subjected to more stringent conditions, in comparison to general measure of search and seizure. Because data to be obtained under this article is in the nature of “digital evidence” and it is very easy to make changes, adding or deletion on this evidence. For this reason, all search and seizure procedures ought to be carried out upon a decision of the judge and by the law enforcement offices. The fact that all date in the system are backed up and that cloning is done and a copy of it is immediately handed to the suspect or her/his representative who are present are intended to prevent any change on the digital data and secure their reliability

In short, it cannot be accepted every information obtained by a state institution as legal evidence within the meaning of the CCP. Evidence obtained in accordance with legal provisions in the CCP is lawful. So, a search or seizure on/of the computers, programs or databases could be legal evidence on condition of being effected pursuant to article 134 of the CCP. It is illegal that the NIO was carried out the “SEIZURE” procedure in article 134/2 of the CCP without any decision of the judge (prosecutor). That a “search” that was effected, upon the decision of the judge, later on and retroactively (!)cannot render that procedure legal. The constraint measure of search and seizure is a whole, cannot be separated.

Under article 38 of the Constitution, “findings obtained against the law shall not be considered evidence”. Under article 288/2 of the CCP, “the omission or erroneous application of a legal provision is a violation of law”. The Bylock data obtained through erroneous application of article 134 of the CCP cannot be accepted as evidence by courts since they were obtained against the law. Thus the use as evidence of the Bylock informative data obtained in that way has led to violation of right to fair trial envisaged in article 38 of our Constitution and article 6 of the European Convention on Human Rights (ECtHR).

– that the interference is made in accordance with the law,

– that it follows one of the legitimate aims in article 8/2 of the ECtHR,

– that it is necessary in a democratic society.

The first condition here is that the interference is made in line with the domestic law of the state in question. The Court examines the condition of lawfulness pursuant to certain criteria as well. The interference must have a legal basis, legal rule must be accessible and its consequences foreseeable, the rule must be of quality, within the meaning of being in line with the rule of law, namely it must provide protection for individuals against arbitrary interferences. That is to say, for this rule being satisfied, its having legal basis in the domestic law per se is not sufficient. That legal basis must also be a provision satisfying the criteria of the ECHR.

The PCC assumed that the NIO had legal power and that its basis was articles 4 and 6 of the Law no. 2937 on the NIO. As regards this assumption, the words “covert working procedures, principles and techniques” aren’t a provisions satisfying criteria of the ECHR. Because neither is this domestic rule accessible and are its consequences foreseeable, nor is this rule of quality, namely it is not the sort providing protection for individuals against arbitrary interferences.

Therefore, the interference was not made in accordance with the law. The ECHR would certainly decide a violation of article 8. There would be no need to examine the other two conditions if the first condition is not satisfied.

[1]The abbreviation for the Code of Criminal Procedure (TN)

[2]The abbreviation for the National Intelligence Organization (TN)