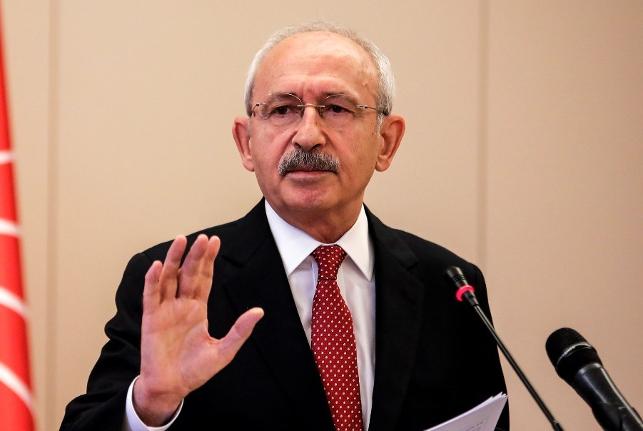 Main Opposition CHP Party Leader Kemal Kılıçdaroğlu said at the group meeting of his party at the Parliament on 27 Feb 2018 that:

“It says in the booklet distributed by the Ministry of Justice to judges and prosecutors that decisions to release will be formed after absolutely consulting with HSK (Board of Judges and Prosecutors). The Justice Department says it. There is no right in this country, no law.” (1)

This statement of Kılıçdaroğlu was adressed to the chief justice of the Court of Cassation İsmail Rüştü Cirit:

“Kemal Kılıçdaroğlu, chairman of the main opposition Republican People’s Party (CHP), released a booklet of the Directorate General for Criminal Affairs in Justice Ministry as to the proceedings on terror investigations. It is said in this booklet for the judges to make their release decisions certainly after counseling with HSK. You claim that there is no problem with the independence of the judiciary in Turkey, If so, what do you think about this booklet?”.

Cirit: “Actually, I am not the subject of this question. I met the issue from the press, but I could make nothing of the on-goings. I asked Mehmet Yılmaz, the vice president of HSK, “what’s the matter?”. He responded: “For the security of the judges and public prosecutors conducting the trials and also for the security of the trials, we did so. We definitely do not give orders/instructions or make recommendations/suggestions to them”.

In response to the question of “By any means, is that right to give an order like this?”, the chairman of the Appeal Court Cirit said: “I am not the subject of this question, you have ask it to HSK”. (2)

Mehmet Yılmaz, vice president of the Board of Judges and Prosecutors (HSK), answered the questions of the journalists as to the allegation raised into issue by main opposition party leader Kemal Kılıçdaroğlu which is about “the booklet” prepared by Justice Ministry and including an instruction for the judges to make their release decisions in consultation with HSK.

He said that the evidences obtained within the context of these proceedings are gathered within a pool in HSK and added: “In that booklet the Ministry of Justice says the judges who will make the decisions in concerned investigations that if they issue the verdicts in consultation with HSK, they will get the evidences in “pool of HSK”. This is for both conducting the coup investigations more properly and also not doing harm with the rights of the defendants and the victims besides a fair trial. That’s the case.”(3)