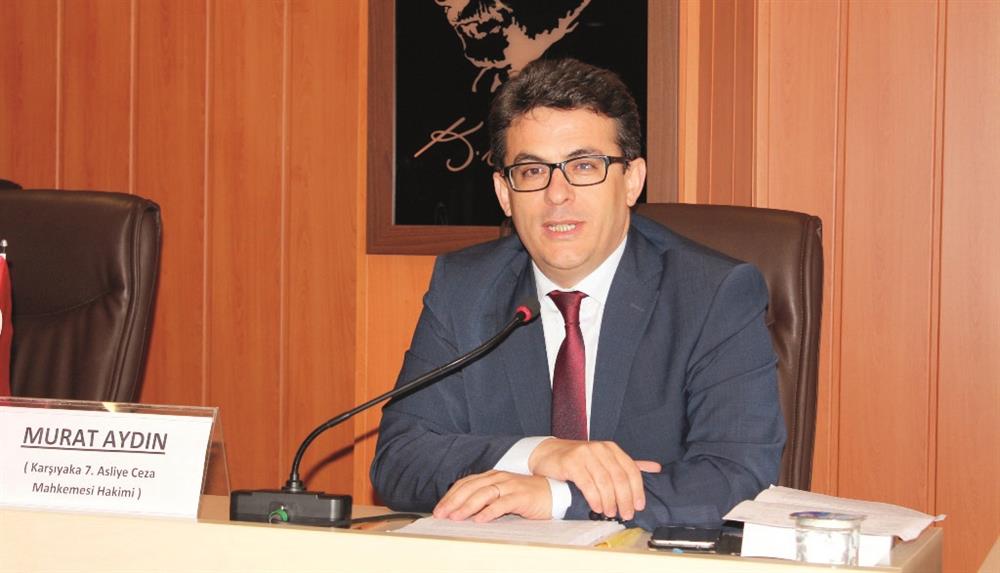 Murat AYDIN, vice president of dissolved YARSAV answered the questions of the radio programmer Yavuz Oghan as to the allegation raised into issue by main opposition party leader Kemal Kılıçdaroğlu which is about “the booklet” prepared by Justice Ministry and including an instruction for the judges to make their “release decisions regarding arrested judges and prosecutors in consultation with HSK. (Board of Judges and Prosecutors)”

Murat AYDIN made statements about this booklet as follows:

“This statement mentioned in the booklet in question which was handed out to the judges and prosecutors is only a presentation, not having a binding force due to not being a ‘circular’. The Justice Ministry had issued some circulars in the past as well for the prosecutors not to make procedural mistakes during the investigations. ‘If this is done for the public prosecutors in order to ensure the unity in implementation of law accross the country, this is quite normal’.

Furthermore, HSK also conducted ‘administrative investigation’ into these judges and prosecutors. Accordingly, ‘HSK might have gathered further different evidences’ rather than the prosecutor’s office and the courts. So, the prosecutors conducting the investigations concerned have to request information from both HSK and other administrative organs. Besides investigations, ‘if the prosecutors request release for their arrested colleagues during hearings, they might also ask for these evidences from HSK’. ‘If what the Justice Ministry says consists of this, that’s okay’. However, it can not be acceptable, if the subject of this booklet is the judges.

On the other side, after the case is brought, the judges of its own motion, as it should be, might ask for evidences from other institutions as a requirement of the evidence inquiry obligation. The main problem here is that the current situation of the judiciary makes us more doubtful and responsive to the handouts like this. ‘Under normal circumstances, it is an issue out of any problem’.

In my opinion, this is not an internal legislation but an annotation. A judge should issue the verdict in accordance with the law regardless of any kind of influence. However, a judge should also be granted the ‘judicial guarantees’ so that s/he meets this obligation. The main issue on which we have to emphasize is the absence of these judicial guarantees. If the judges have those, their verdicts will not be as of concern.

The point to be considered is whether a judge getting this booklet can make an independent decision or not. For sure, that booklet may influence the judges under the current conditions. However, subjecting the judges and prosecutors to all kind of pressure, leaving them alone with their professional awareness will not be the guarantee for the citizens. At this point, the worth-stressing is whether the judicial system is operating properly or not.

Because of the reason that the judges and prosecutors do not have judicial guarantees, every verdict they issue will give rise to discussion even it is just and fair. ‘Normally, this workout of booklet should be considered as a training activity in order that the judiciary operates freely in conformity with law’, however, now, it is seen as a tool of pressure to influence the judiciary.

Today, what comes to mind of public opinion for every decision made by the judges is whether they give those decisions under politic motives or oppression of the executives. If we might well say that nothing can have an influence on the judges’ decisions and they have also guarantee, today we’ve become not talking about this issue saying that it is just a workout done by the Justice Ministry.

Let’s assume such a booklet does not exist. Do the judges exercise their judicial task freely or give judgement in accordance with their personal conviction and also feel themselves in safe with their verdicts today? This issue should also be considered. This fact shows us the responsiveness of the public pointing out a big problem in question is normal.

Furthermore, what to be discussed is not why the judges give unfair judgement but whether the atmosphere they are in let them to make fair decisions and also the reasons of it.

The statement of the president of TUSIAD (Turkish Industrialists’ and Businessmen’s Association) which was ‘I wish the economic growth actualized at a percent of 7 instead of 11 but this country experienced the rule of law, now’ presents a vital importance. Because the law concerns all fields of life.

If the people do not feel themselves in safe with the legal system, this causes polarization and separation. ‘If a judge can not give judgement in accordance with the law today, this is as of concern not for that judge but a society.’ “