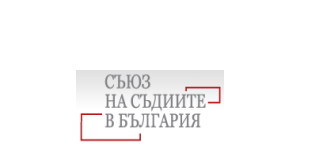 Prime Minister of the Republic of Bulgaria

We address you as Prime Minister of a Member State of the Council of Europe and of the European Union. The core values at the heart of these most influential European organisations include reinforcing and building on the foundations of and continually nurturing democratic rule in accordance with the principle of rule of law and respect for the fundamental human rights of each citizen. These values are enshrined and weaved into the democratic foundation of the Bulgarian Constitution, which you have sworn to uphold.

You will soon host a high-level meeting in Bulgaria between senior EU officials and the Turkish President Recep Tayyip Erdoğan. In the wake of the failed coup in July 2016, tens of thousands of Turkish citizens were arrested, and reports continue to pour in from various legitimate sources that many of them were detained unlawfully, without any evidence, and subsequently tortured to forcefully obtain confessions of alleged involvement in the attempted coup. Among them are more than 3000 Turkish judges and prosecutors arrested simultaneously, most having remained in detention for more than eighteen months. We naturally condemn any attempt to overthrow a democratically elected government by anti-constitutional means in in a sovereign country, including Turkey. At the same time, we firmly believe in the above democratic values and would like to rely on you, in your role as the host of the forthcoming meeting, to become their advocate before the President of Turkey, calling for respect for the right to life, the prohibition of torture and degrading treatment, and the right to liberty and fair trial of each Turkish citizen against whom charges of involvement in the attempted coup in Turkey have been brought, including in particular fellow judges and prosecutors.

We strongly hope that you realise the importance for a Bulgarian statesman to be able to demonstrate national dignity, self-esteem, courage and conviction based on understanding of the fundamental principles of democracy in meetings with the senior representatives of foreign governments and Heads of State.