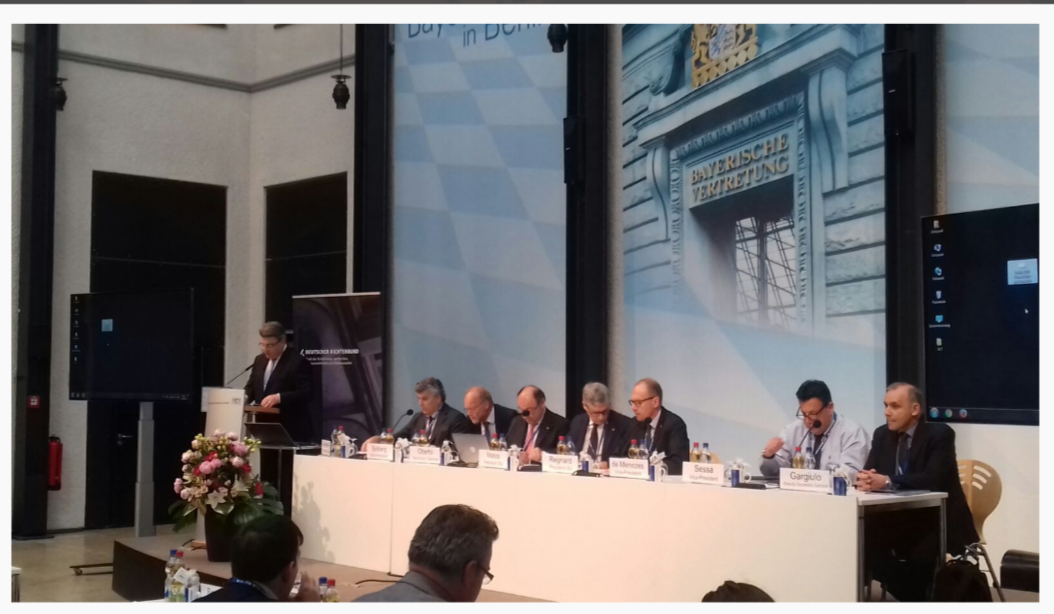 At its meeting in Berlin on 25 May 2018, the European Association of Judges (the EAJ) considered the current situation of the judiciary (included the body of public prosecutors) in Turkey, in particular the continued detention of substantial numbers of the judiciary and prosecutors and the effect on their family members.

The ongoing detention of judges and prosecutors solely based on the assumption that they might have connection to the organization of Fetullah Gülen, is in violation of Articles 5(3), 5(4), 6(1) and 6(2) of the European Convention on Human Rights, together with Article 100 of the Turkish Criminal Procedure Law.

Similarly, the dismissal of thousands of judges and prosecutors without due process solely based on the assumption that they might have connections to the organization of Fetullah Gülen violates standards agreed upon by the competent body of the Council of Europe. The fact that judges who have been dismissed are able to bring dismissal proceedings does not mean that there is no such violation since it is not right to place the burden upon them of proving their innocence. This is in violation of Articles 49 and 50 of Recommendation CM/Rec (2010) 12.

In the first months after the events in July 2016 there were several occasions when judges were put under disciplinary procedures because they release defendants from detention. Even if this practice has been corrected since, the indications are that judges remain under substantial pressure to decide in favour of the prosecution authorities. Again, this is in violation of Article 6(1) of the European Convention on Human Rights.

Lastly, a substantial number of detained judges and prosecutors were held in solitary confinement for a time after they were first detained and others were detained in overcrowded cells. This is in violation of Article 3 of the European Convention on Human Rights.

• Calls on the Turkish authorities to change their approach and to return to procedures which are in accordance with the obligations of Turkey as a signatory State of the European Convention on Human Rights and a member of the Council of Europe.

• Calls on the Turkish authorities to re-examine all cases involving judges and prosecutors so as to ensure that they are in accordance with the obligations of Turkey as a signatory State of the European Convention on Human Rights and a member of the Council of Europe.

According to Article 3 of the European Convention on Human Rights, no one shall be subjected to torture or to inhuman or degrading treatment or punishment.

According to Articles 5(3) and (4) of the European Convention on Human Rights, everyone arrested or detained in accordance with the provisions of Article 5(1)(c) shall be brought promptly before a judge or other officer authorized by law to exercise judicial power and shall be entitled to trial within a reasonable time or to release pending trial. Release may be conditioned by guarantees to appear for trial (Article 5(3)). Everyone who is deprived of his liberty by arrest or detention shall be entitled to take proceedings by which the lawfulness of his detention shall be decided speedily by a court and his release ordered if the detention is not lawful (Article 5(4)).

According to Article 6(1) of the European Convention on Human Rights, in the determination of his civil rights and obligations or of any criminal charge against him, everyone is entitled to a fair and public hearing within a reasonable time by an independent and impartial tribunal established by law.

According to Article 6(2) of the European Convention on Human Rights, everyone charged with a criminal offence shall be presumed innocent until proved guilty according to law. Article 100 of the Turkish Criminal Procedure Law contains two conditions for detention: (a) that there is evidence which shows that there is a strong probability that a crime has been committed; and b) that there is a reason which justifies detention such as, for example, an escape risk, a risk of concealment of evidence or a risk as regards witnesses). The only exception is in respect of certain crimes as listed in the third paragraph of Article 100 but, even in relation to such offences, the requirement at a) still needs to be met.

According to Recommendation CM/Rec (2010) 12, security of tenure and irremovability of judges are key elements of the independence of judges. (Article 49). Furthermore, a permanent appointment should only be terminated in cases of serious breaches of disciplinary or criminal provisions established by law, or where the judge can no longer perform judicial functions (Article 50).