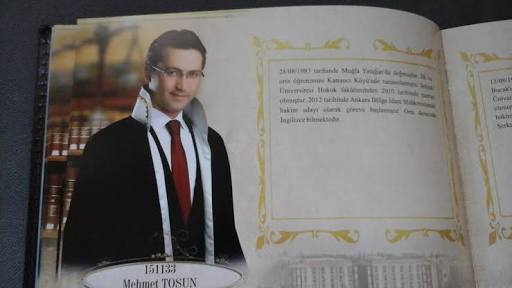 After prosecutor SeyfettinYigit who allegedly committed suicide and died in prison, another Turkish Judge passed away after being purged. We mourn for our colleague Mehmet Tosun (29) who passed away on March 6th 2017.

Like many other judges, he was dismissed and detained under severe conditions after the attempted coup with no evidence and solid reason. Although he spent his last months at hospital due to his heavy health problems, he was deprived of even his assets and personal savings, access to his personal bank accounts which were crucial for his medical treatment which obviously costed enormous amount of money for a dismissed person with no social security.

He was a rapporteur judge at the Council of State of Turkey.

He suffered from an autoimmune illness. According to his lawyer, Hüseyin Aygün, Mehmet Tosun was mistreated in jail and his state of health deteriorated.

MEDEL deeply regrets that the Turkish government dismisses and detains thousands of Turkish judges and prosecutors without fair trial, without formal accusation and without any disclosed evidence, if they criticize it and uphold their right of free speech. Many of them are being kept under solitary confinement arbitrarily and on purpose, without any objective reason. It seems this is becoming a common practice based on some kind of hidden and unlawful instructions which have no documented ground.

From among all other professions, since there are specific laws  and regulations regarding the prosecution,judges and prosecutors are the ones who are subject to most illegal implementation of detention and arrest procedures, due to explicit ignorance and violation of these laws.

As stated by reports of the Venice Commission of the Council of Europe, there are no specific accusations about thousands of judges and prosecutors based on facts. Instead, they are purged and jailed only on abstract and groundless reasons like being affiliated to an armed terror organisation.

Although more than 1/4 of the members of judiciary (around 4000) has been purged and approximately 3000 of them are arrested for almost 8 months, there’s still not even one indictment about any of these judges and prosecutors.

We resolve that Turkey has ceased to be in a state of the Rule of law. Whoever stays silent to that makes him/herself complicit. And whoever denies the facts, even more.

Furthermore, MEDEL is concerned about the state of health of the colleagues from MEDEL’s member association YARSAV, who are detained since month under terrible conditions. We call on the Turkish authorities to stop the State of  emergency, to give the defence lawyers regular unlimited access  to their clients, and to give to the families and to the international organisations more often the opportunity to visit them in  prison.

MEDEL also calls on Committee to Prevent Torture (CPT) and relevant bodies of the UN to oversight the situation and prevent arbitrary treatments as well as torture against,inter alia, judges and prosecutors in Turkish prisons.

Adopted following the deliberation of  the Council of Administration of MEDEL in Palma de Mallorca Spain, 11Th March, 2017. 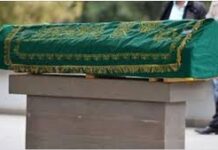 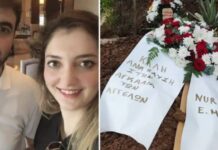