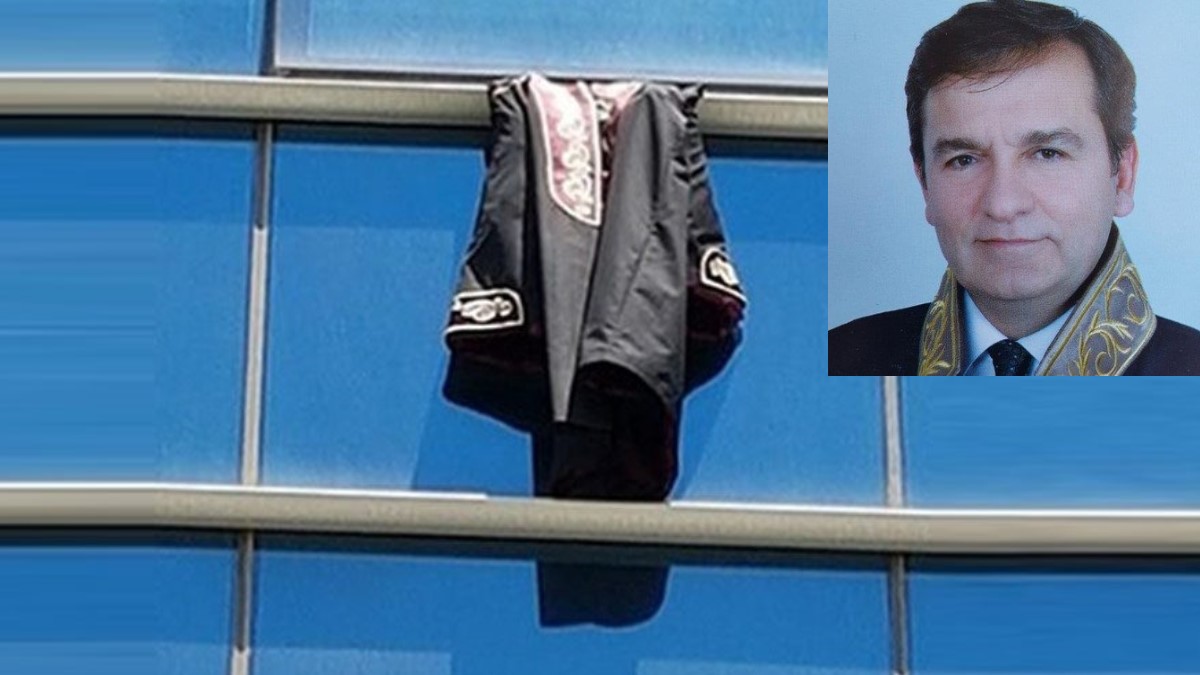 Dismissed and arrested Justice Bülent Olcay, member of Council of State (Supreme Administrative Court), was sentenced to 13 years 6 months in prison over the pretext of terrorism charges on 28 March 2019. Furthermore, court ruled for continuation of his detention. He has been kept in solitary confinement in prison since July 2016.

He was known his protest Erdogan Regime by hanging his tog at the court window.