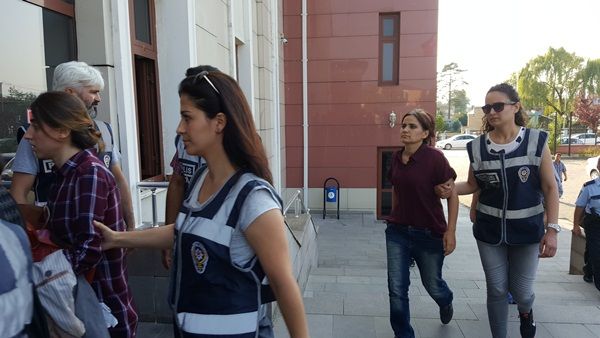 Fatma O., judge of district Gaziosmanpaşa of Istanbul was sentenced with 10 years of prison over charges of membership in armed terrorist organisation. Within the scope of the same charges, her prosecutor husband, Vedat O. also gets 7 years and 6 months imprisonment. Taking into consideration the amount of penalty given to her, the court ruled the continuation of arrest for Fatma O. (1).

The judge Hulusi Pur, convicting judge Fatma O. with an imprisonment penalty which is too much over the lower bound established in the related law, has been known as pro-Erdogan judge. Previously discharging his judicial task in criminal peace judgeship designated by Erdogan to silence and intimidate the opponents, Hulusi Pur had been promoted and appointed as a president of High Criminal Court after he released Süleyman Aslan and Zarrab’s man Happani who were the main suspects of the 17/25 December corruption/bribery investigations and Zarrab trial in USA. Reza Zarrab, the defendant of the mentioned trial, testified in USA court that he had given too much bribery to the panel of judges to be released from arrest (2).