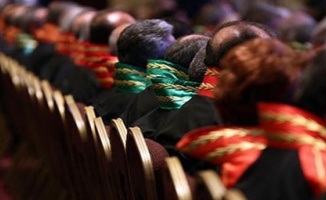 Hasan Ak joined hearing via video conferencing from Tokat prison where he has been kept in since July 2016.

Hasan Ak was accused of using ByLock secure mobile application which was available on Google and Apple Stores.

He denied accusation and emphasized that he was not terrorist and he does not believe in accused organisation [Gulen Movement] is an armed terrorist organisation.

After convicting, court decided continuation of arrest for Hasan Ak.