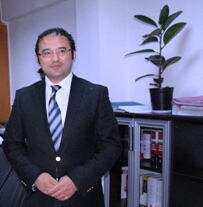 Judge Ali İhsan İpek is sentenced to 8 years and 1 month in prison for being member of terror organisation due to alleged ByLock usage. Furthermore, court also decided for continuation of his detention.

Judge İpek had been performing as a judge for 13 years and he also worked as president of assize court. He published many books on criminal law. He denied all accusation at the hearings and said his innocence will be seen sooner or later. Court decided to keep him in prison on the grounds that he would flee.