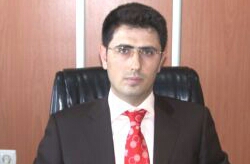 Dismissed judge of Corum Ömer Faruk Kurşun, held arrested in Bolu Prison, attended the hearing held in  a Samsun 3rd Heavy Penal Court in a way of SEGBIS (sound and video information system). His wife Fatma Kurşun, pending a trial, and her lawyer also appeared in the court. The couple requested their release in their defence asserting that they were innocent.

The panel of judge sentenced the defendant couple to 6 years and 3 months imprisonment for “being a member of armed terrorist organisation”.

Bearing in mind the period of detention, the panel of judge released defendant O. Kursun.