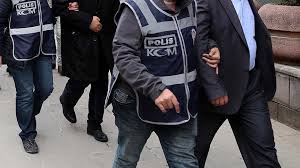 Judge Yılmaz Erdem was sentenced to 7 years 6 months imprisonment for allegedly being member of armed terrorist organisation on 19 January 2018.

Judge Erdem joined to hearing via video conferencing system from prison where he has been under arrest since July 2016. Adana 2nd Assize Court convicted and sentenced him over ByLock application usage which was publicly available on Google and Apple store although he denied all accusations and asked his acquittal.