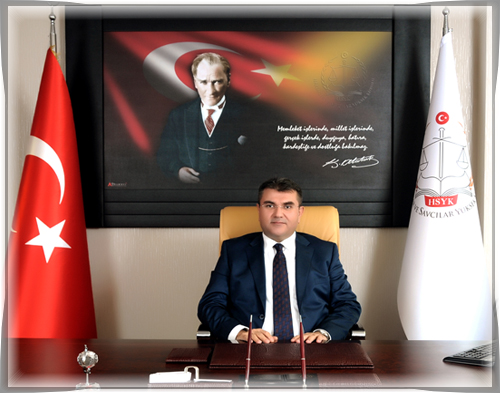 Judge Serter began his career as a judge in 1988. Following his service as chief judge at heavy penal criminal courts in Siirt, Düzce, and Adana provinces, he was elected by his peers as HCJP member with the second highest vote in 2010. At the end of his four-year term of office, he was appointed to West Ankara Court House.

He was one of 2745 judges and prosecutors who were dismissed and arrested just after the July 15 coup attempt based  on the list prepared by the Head Prosecutor’s Office of Ankara during the night of 15th July, 2016.

Mr. Serter was detained on 21 July 2016 and since then he has been held in an arbitrary solitary cell for almost 31 months despite the fact that he has not received any disciplinary sanction.

According to the latest information on social media, his right ear has lost 90 % of its hearing function due to severe prison conditions.

While he has been in urgent need of treatment, he has not only been provided necessary treatment, but his release petitions have been dismissed with the same and subtle reasons.