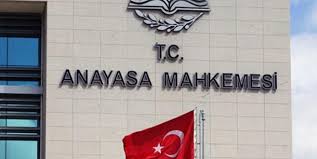 Lawyer Levent Mazılıgüney has revealed a scandal following his research on the official website of the Turkish Constitutional Court. He found out that the court’s decision given in the case of Alparslan Altan, former member of the court, had been classified as “complaints based on allegations of crimes/ actions and interventions based on the detention of supreme court judges”, and ‘this decision shall be used in allegations of intervention applications related to the parallel state organisation, definition used for Gulen Movement (PDY in Turkish), and it was noted under the “Result” section that Altan decision should be used for unsubstantiated complaints.He also added that there were 37 templates grouped based on applicants’ professions. In his comment on his social media account, Mazılıgüney asked the Constitutional Court,“What will these notes and templates (which have been and will be used in applications in the context of interventions related to the PDY) mean?According to Mr. Mazılıgüney, this classification and the note are showing the court’s bias which means it will find all complaints brought by the former judges of the supreme courts inadmissible.

It is clearly obvious that the court has not been examining the complaints by the case by casestandard, but based on the identity of the determined groups. If the court has been deciding over the complaints by using determined tariff procedure instead of examining each application separately which may contain different and particular claims of infringement, that means individuality and impartiality have disappeared and the Constitutional Court has ceased to be an effective domestic remedy because of showing bias towards particular cases.[1]

Saying that “the pathetic situation of the Constitutional law which we have regarded and taught our students as a guarantee for fundamental rights and liberties… Shame on you!,” distinguished law professor Metin Gunday harshly criticized the court.[2]

Following the spread of this news through the social media, the Constitutional Court closed its website to access.[3]The court also released a statement the day after and said that there was nothing wrong with the content.  The court claimed that the content mentioned above had been added to the templates in order to help the similar complaints involving allegations of having affair with the Gulen Movement be disposed faster and in order toprovide easy access to the similar decisions.[4] Shortly after the statement, the court made available its website and database to access as the same.However, preserving the note and the templates got critics from experts. While noted lawyer Yaman Akdeniz criticized the court by saying that “the court did not even deign to remove this shameful content from its website and it is still there.”[5], Mr. Mazılıgüney talked to the BBC that the court´s explanation was not satisfying, and he did find prejudicial the use of that term, parallel state organisation, in inner-circle templates and notes even for classification purposes, and  its accessibility through the official website.“Classification and using precedents as templates for possible decisions are so much different topics.” he argued and continued; “naming the templates by using the term attributed to a terrorist group and classifying the complaints based on accusation is very problematic approach showing their bias towards particular group of applications for me and it shadows the court’s impartiality”, he said and asked the court why they did not create templates for other terrorist organisations by using their names while there are many other terrorist groups and why they did need to create templates and put notes for  certain cases.[6]

Since 15 July 2016, the Constitutional Court has been avoiding itself from examining the individual complaints taken before the court by the members of the judiciary on the ground that the exercise of fundamental rights and freedoms could be partially or fully suspended  in a state of emergency and found no violation in these cases.

Two members of the Constitutional Court Alparslan Altan and Erdal Tercan were arrested no 16 July 2016, in an investigation launched during the night of the coup attempt on 15 July 2016 and both were detained in the following days like thousands of judges and prosecutors.They were accused of being member of an armed terrorist  organisation and attempting the overthrow the constitutional order.

On 4 August 2016 the Constitutional Court, meeting in plenary session, dismissed Mr Altan and Tercan from their posts under Article 3 of Legislative Decree no. 667.

On 11 January 2018 the Constitutional Court gave judgment, finding no infiringement with Mr.Altan’s arrest and detention. However, the European Court of Human Rights, on 16.4.2019, decided that Mr. Altan’s arrest and pre-trial detention were not based on reasonable suspicion and therefore constituted violation of his right to liberty and security.[7]

Given the bias and prejudice of the turkish courts towards the cases and complaints brought by the judges and prosecutors who had been expelled and detained during the State of Emergency era, the European court has been strictly and interestingly regarding the Turkish Constitutional Court as a necessary domestic remedy that should be exhausted by the applicants.