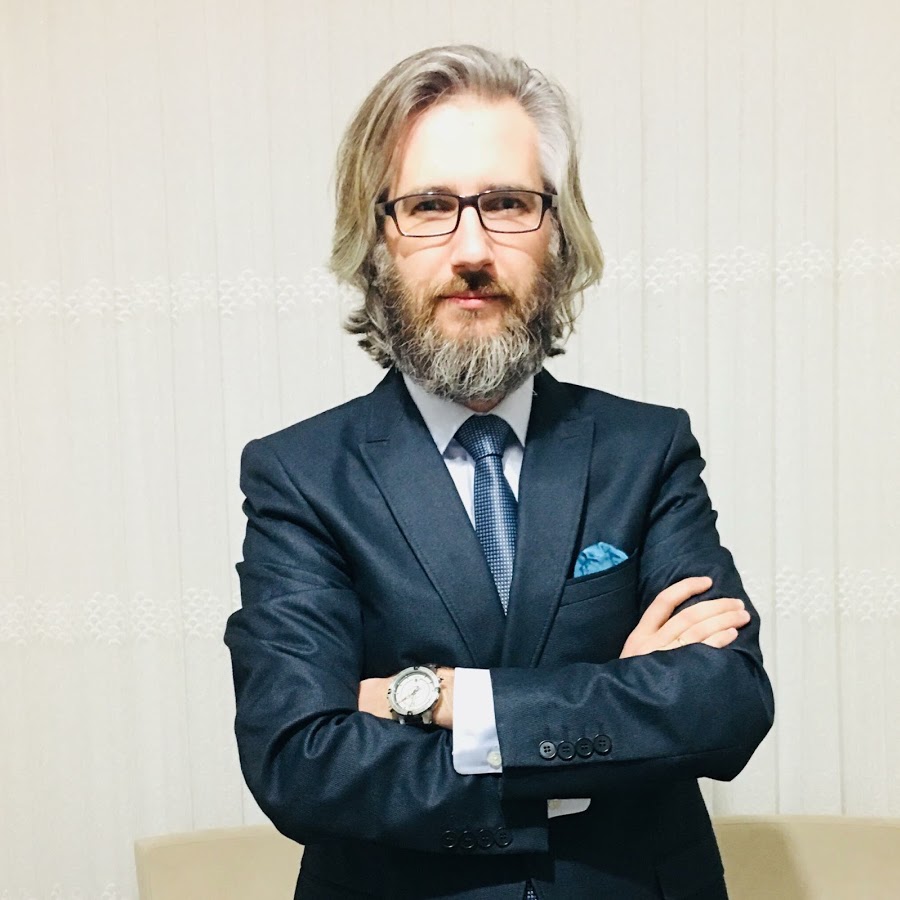 Since the July 2016 coup attempt in Turkey, 4,463 judges and prosecutors have been dismissed from their jobs, leaving behind a non-impartial and non-independent judicial system. This is paramount to the further crackdown on all sections of society.

And, over half of those judges and prosecutors dismissed have subsequently been arrested with little-to-no evidence of wrong doing. They are labelled as ‘terrorists’, subjected to lengthy detention in overcrowded cells, facing horrid conditions and arbitrary regulations. On such prosecutor is Yiğit Kaçar, whose story I explore below.

Kaçar commenced his career as a lawyer, working in Ankara for many years. When legislation was introduced to allow lawyers of five or more years to sit an exam to become a prosecutor, he diligently studied and passed late 2012. After spending 2013 as an intern, he was offered a full prosecutor position in early 2014. However, this position was in Hopa County of the Black Sea region, 920km away from Ankara. Kaçar had a wife and three children in Ankara, with one child suffering from hyper insulinemic hypoglycemia and epilepsy being treated locally. But Kaçar, for the love of his work, decided to take the opportunity and move his family.

Here, he worked hard in his new prosecutor position. As Hopa County is close to the Sarap crossing point with Georgia, Kaçar took many cases against inter-border trafficking and smuggling. He became very successful, causing resentment amongst powerful actors in the trafficking and smuggling trade. He even received threats against his life. Kaçar risked everything for his career, and was still working in the County when the coup attempt occurred on July 15th, 2016.

Like most Turkish citizens, Kaçar was shocked that night when the coup attempt befall upon them, and took to the streets to protest it. He also enabled the immediate arrest of people who had openly participated in the coup. Then, the morning after – a time that the conspirers could not have been fully identified – a meeting was held by the High Council of Judges and Prosecutors (HSYK). It was declared that the Gulen Movement (termed FETO) was behind the coup attempt, and judges and prosecutors who were allegedly part of the Gulen Movement were inscribed on a list.

That very same day, the homes of these judges and prosecutors were investigated and orders given for some to be taken into custody. As Kaçar was not on the list and was still working as a state prosecutor, he was unfortunately tasked to give the orders in Hopa County. One judge and a prosecutor there, Kaçar’s friends and colleagues, were arrested on the sole basis of being on that list. And arrests continued at an ever-growing rate after that fateful night. Anyone could be identified as being a FETO member. If the security forces produced a dossier, even without substantial evidence, it become impossible to say otherwise. Being listed by the HSYK was used in these dossiers, and these lists continued to be released.

On the 11th of August 2016, Kaçar was in Ankara for the treatment of his child when a third HSYK list of judges and prosecutors was prepared. He found out from a fellow colleague that his name was included. He decided to leave in the middle of the treatment and go to his home town Canakkale. He knew for sure that he was to be arrested, and wanted to be in his home town to make it easier for his wife and children to stay with his family there.

During this, his house in Hopa County was being investigated. Then, although there was yet to be an arrest warrant put out, Kaçar chose to go to the local Canakkale courthouse. His was put in a video conference with a judge who requested his statement. Kaçar reminded him that he was not authorized to do so; only the Chief Prosecutor could take another prosecutor’s statement. He was then arrested.

Two hours later, Kaçar was personally in front of the judge and was again told to speak. But he did not know what to say; they had no evidence on him except that his name was on the HSYK list. The presiding judge asked whether Kaçar had ever studied at a school of the Gulen movement, if he had sent money to their banks, if he read their newspapers. Kaçar replied no, but that none of these activities constituted a crime anyway. Then he was asked who he had voted for during the HSYK membership vote. This is illegal to ask, and Kaçar responded accordingly.

It should be noted that many persecuted judgesand prosecutors believe they were targeted for not voting favorably to the government. This quick and unsubstantiated hearing saw Kaçar declared a suspect and a flight risk. He was incarcerated on August 12th and put in a cell at a Canakkale prison.

Kaçar believed that the mistake of his arrest and detention would be promptly overturned. This was not the case; he spent the following 16 months imprisoned in horrid conditions. He was still a state prosecutor – suspended, not expelled – yet Kaçar was treated horribly from the beginning. He was forcefully undressed and searched, and kept in a tiny cell. Later, he was transferred to a larger, two-story cell. However, this cell, built for three, was holding eight.

They shared four beds on the top floor with almost no room to move. The lower floor contained the toilet and bath… and the living space. There was only a half-meter wall between the two areas, making it very uncomfortable. There was only one small window. Looking through this upwards, you could see the sole opening for fresh air. But you could not see the sun. The cell was below ground level. Kaçar spent over 10 months in this cell, without sunlight.

He quickly realized that anything taken for granted on the outside was considered a luxury in this grim place. They made their own meals, without an oven. They did their own laundry, without a washing machine. The clothesline was one string across the wall, not enough for eight prisoners. One day, t-shirts with words printed on them were taken away.

These prisoners, considered ‘dangerous terrorists’ were not allowed magazines and books, even educational books. They only had a small TV and radio for entertainment, but these too were taken just before the April 2017 referendum. They were not allowed to play sports, despite other hard criminals in for murder and rape having weekly access to a sports center and football field. These other detainees could speak with their families each week and see them once a month, while Kaçar and the other ‘terrorists’ were only allowed to speak for ten minutes every two weeks and see their families once in two months.

Kaçar objected to these conditions in writing, which led him to being seen as a problem. One day, eleven months after first being imprisoned in Canakkale, guards came into his cell and asked him to gather his belongings. He was then handcuffed, without any idea of where he was going. It turned out he was being sent to a Sanliurfa jail, far away in the Eastern part of Turkey. He was totally separated from his family without any explanation.

Kaçar had thought it was bad before, seeing his wife and children once every two months. Now, even this was not possible. He was put in a cell with 23 other people, with many having to sleep on the ground. They faced extreme heat in Sanliurfa, often 48 degrees, and Kaçar remembers that it was almost impossible to breathe. He suffered for five months here.

The Justice System Has Been Taken Hostage

Kaçar was held in horrid conditions for 16 months. For the whole first year, there was no criminal charge against him. He did not know what he was accused of or what the evidence was; there was a secrecy order on his file. Eventually, when the charge was given, he found that it was based solely on false accusations by two people.

The evidence was only hearsay. And he’s not alone. Thousands upon thousands have been falsely imprisoned in Turkey since that fateful night of the coup attempt. Teachers, academics, journalists, opposition MPs, judges and prosecutors, anyone considered a threat to the government is being persecuted under the pretext of ‘terrorism’. Such persecution is facilitated by the judicial system.

But the judicial system has been taken hostage. The vast majority of judges and prosecutors who remain in their positions are subjected to coercion. They are all too aware that they would face similar prospects if they oppose, that they too would be arrested, incarcerated, treated as terrorists.

Consequently, they are unable to give lawful and fair decisions; the current injustices in Turkey stem from the persecution of those like Kaçar. It is vital for the Turkish judiciary to regain independence, for citizens and the international community to give them support. Kaçar stresses the need to hear and understand this truth.

He himself, a prosecutor of the Republic of Turkey, faced an incredible 16 months of imprisonment in horrid conditions. Five months after his transfer to Sanliurfa, and four months after he was actually charged, Kaçar was given his first court hearing. He was released, the only one to be so out of the eight prisoners who shared the two-story cell in Canakkale.

Kaçar’s release was a rare case out of the thousands and thousands of Turks falsely imprisoned. Due to this, and the pains he suffered in prison, he struggles to be happy about his freedom. He has, furthermore, faced additional harassment by authorities since, and remains suspended from his promising career.