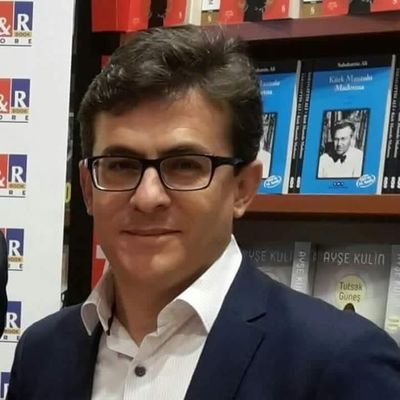 The main opposition Republican People’s Party leader Kemal Kılıçdaroğlu said on February 27, 2018 in group meeting of his party that ‘there exists no more law and justice in Turkey’, bringing the concerned booklet to the agenda.

The president of the Supreme Court of Appeal İsmail Rüştü CİRİT stated he asked about the booklet to the vice president of HSK Mehmet YILMAZ and also the main subject of this booklet was HSK.

Those mainly expected to show a strong reaction to this statement which calls ‘the constitutionally guarenteed indepence of the judges/prosecutors’ deeply into question and also ‘states the known facts’ were the lawyers asserting that they are independent. Judge Murat AYDIN, one of the executives of YARSAV in the meantime, was one of those names. AYDIN, on the other hand, made these unfortunate (according to us) statements concerning the issue in a radio broadcast he joined:

“This statement mentioned in the booklet in question which was handed out to the judges and prosecutors is only a presentation, not having a binding force due to not being a “circular”. The Justice Ministry had issued some circulars in the past as well for the prosecutors not to make procedural mistakes during the investigations. ‘If this is done for the public prosecutors in order to ensure the unity in implementation of law accross the country, this is quite normal’.

Furthermore, HSK also conducted ‘administrative investigation’ into these judges and prosecutors. Accordingly, ‘HSK might have gathered further different evidences’ rather than the prosecutor’s office and the courts. So, the prosecutors conducting the investigations concerned have to request information from both HSK and other administrative organs. Besides investigations, ‘if the prosecutors request release for their arrested colleagues during hearings, they might also ask for these evidences from HSK’. ‘If what the Justice Ministry says consists of this, that’s okay’. However, it can not be acceptable, if the subject of this booklet is the judges.

On the other side, after the case is brought, the judges of its own motion, as it should be, might ask for evidences from other instit
utions as a requirement of the evidence inquiry obligation. The main problem here is that the current situation of the judiciary makes us more doubtful and responsive to the handouts like this. ‘Under normal circumstances, it is an issue out of any problem’.

In my opinion, this is not an internal legislation but an annotation. A judge should issue the verdict in accordance with the law regardless of any kind of influence. However, a judge should also be granted the ‘judicial guarantees’ so that s/he meets this obligation. The main issue on which we have to emphasize is the absence of these judicial guarantees. If the judges have those, their verdicts will not be as of concern.

The point to be considered is whether a judge getting this booklet can make an independent decision or not. For sure, that booklet may influence the judges under the current conditions. However, subjecting the judges and prosecutors to all kind of pressure, leaving them alone with their professional awareness will not be the guarantee for the citizens. At this point, the worth-stressing is whether the judicial system is operating properly or not.

Because of the reason that the judges and prosecutors do not have judicial guarantees, every verdict they issue will give rise to discussion even it is just and fair. ‘Normally, this workout of booklet should be considered as a training activity in order that the judiciary operates freely in conformity with law’, however, now, it is seen as a tool of pressure to influence the judiciary.

Today, what comes to mind of public opinion for every decision made by the judges is whether they give those decisions under politic motives or oppression of the executives. ‘If we might well say that nothing can have an influence on the judges’decisions and they have also guarantee, today we’ve become not talking about this issue saying that it is just a workout done by the Justice Ministry.

Let’ s assume such a booklet does not exist. Do the judges exercise their judicial task freely or give judgement in accordance with their personal conviction and also feel themselves in safe with their verdicts today? This issue should also be considered. This fact shows us the responsiveness of the public pointing out a big problem in question is normal.

Furthermore, what to be discussed is not why the judges give unfair judgement but whether the atmosphere they are in let them to make fair decisions and also the reasons of it.

The statement of the president of TUSIAD (Turkish Industrialists’ and Businessmen’s Association) which was ‘I wish the economic growth actualized at a percent of 7 instead of 11 but this country experienced the rule of law, now’ presents a vital importance. Because the law concerns all fields of life.

If the people do not feel themselves in safe with the legal system, this causes polarization and separation. ‘If a judge can not give judgement in accordance with the law today, this is as of concern not for that judge but a society’ (2)”.

Why are the statements of AYDIN unfortunate?

AYDIN, in summary, says that the booklet in question is ‘quite normal’ under normal circumstances and also to be seen a reasonable workout if the Justice Ministry means innocently only an advice of evidence inquiry. Let’s imagine any country which experiences the democracy and independence of the judges/prosecutors at the highest level. What happens in this country if a politicized state institution ventures to give an instruction that orders to the judges and prosecutors in office to ‘make release decisions during the trial of their colleagues certainly after consulting with HSK’ handing out a booklet to them? For instance in Germany or France, when any authority of the ruling party gives such an order to the judges and prosecutors, is it considered as an ordinary functioning of the judicial system or a great trouble to arise?

What sent out the concerned booklet is the Justice Ministry, representative of the political will. And also ‘the administrative council’ mentioned in the booklet is HSK, with which the judges are ordered to be consulted; established by the same political will; competent to appoint the judges and prosecutors anywhere it wants at any time and also having the authority to remove the members of the judiciary from the office, what’s worse, to dismiss them with ‘no need to grant right to defense’. Can it be considered quite normal for such a Council having so much broad authority to give a booklet including instructions for the judges and prosecutors in office? Is it possible to talk about any contribution to justice and law of such an instruction delivered to those exercising the judicial power?

While it is obvious that the subject of the instructions in concerned booklet is not only the prosecutors ‘but also the judges’, how the paradox of the statements of AYDIN can be explainable which is on the one side “it can not be acceptable if the subject of this booklet is the judges” and the one on the other side “this is not an internal legislation, but an annotation, under normal conditions, it is an issue out of any problem?”

On the other hand, the desperate fact which is disregarded by AYDIN like YILMAZ, vice president of HSK, is that thousands of judges and prosecutors were detained before the coup plotter soldiers and also arrested without evidence inquiry based on the lists prepared in advance by HSK and the provisions applied in flagrante delicto but not compatible with the present case. On the contrary to the claim of AYDIN and YILMAZ , ‘HSK did not carry out any individual disciplinary investigations into judges/prosecutors and even not take the defences but issued the dismissal decisions under attached lists of the names to the template decision’. In that case, it is legally impossible to exist a pool evidence within HSK formed as a result of the disciplinary investigations.

In addition to this, to which evidences the Prosecutor’s Office or the Heavy Penal Courts could not reach, but HSK did without conducting any disciplinary investigations and not taking the defences of the judges and prosecutors about whom the trials have begun after at least one and a half year pre-trial detention period ? Can it be possible to make a logical statement for this? Other than that, if there exists a legal evidence in hand of the Council and not submitted it to the courts immediately, does not even that reason alone mean abusing the authority?

Is that evidence pool formed without carrying out disciplinary investigations into judges/prosecutors valid in law? What is there in this evidence pool? Are they illegal blacklists/notes or the intelligence reports or the opinions of the confessors? Are these obtained with the methods in conformity with law? It is a really strange for AYDIN to justify these happenings rather than bringing them into question.

The independence of the judges and prosecutors is to be held not only for their decisions but also for the investigations and prosecutions they conduct. Any instruction/order or any suggestion/recommendation aiming to determine which decisions will be issued at which step of the investigations and prosecutions under which jurisdiction constitues a crime of affecting the fair trial. Even from this point of the issue, considering the concerned booklet normal complies with which legal understanding or personal conviction?

Here, justifying the statement of Prof. Sami SELÇUK, former chairman of the Supreme Court od Appeal, will be to the point: “The judges should comply with the principles of law. They can not assert cyclical reasons, fear or oppression. If they are unable to exercise their judicial power in conformity with law, they shall immediately resign. There can exist no more excuse!” (3). However, AYDIN says in his speech if the judges can not make fair and just decisions, the main responsible for this is not the judges but the society! : “If a judge can not give judgement in accordance with the law today, this is as of concern not for that judge but a society”.

Turkey ranked 101st among 113 countries in rule of law index degrading 50 lines in past 4 years (4), violating the fundemental principles of law. HSK has the authority to determine which judges hear which cases or in which courts the judges perform judicial task for how long and also designating the judicial system in one night. What’s more, this council was completely established by Erdoğan’s government following the last constitutional amendment. In the light of these facts, it is obvious that the concerned booklet is not an innocent or well-intended workout but a measure taken by the Justice Ministry in order that the judges and prosecutors donot issue any verdict undermining the interests of the political will. The statements of AYDIN which cannot criticise such an apparent unlawfulness, on the other side, extremely worrying and thought-provoking.

* Association for the Union of Judges and Prosecutors (YARSAV) were closed down in accordance with the Statutory Decree issued in the State of Emergency. The closure announced on July 23 on the Official Gazette.