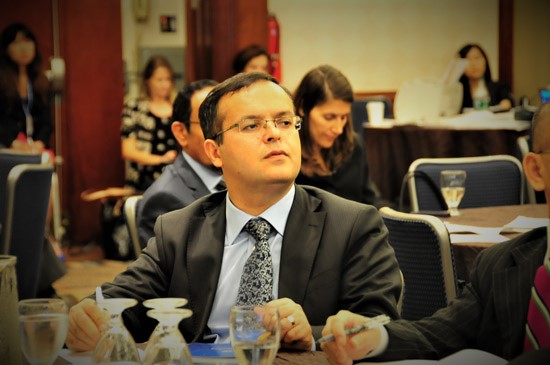 There exists thousands of judges and prosecutors in Turkey dismissed or arrested unduly. Their families left behind, on the other side, were forced to evacuate the lojmans they had resided, all their assests were seized and the bank accounts were blocked. In the face of such a tragedic situation, the European Association of Judges (EAJ) decided to give financial support for their colleagues and their families doomed to hunger in Turkey. Judge Mesut Orta, about whom a detention warrant was issued but not surrender due to arbitrary unlawfulnesses in Turkey, applied for this financial support especially for his family when he remained at large, making contact with this association via e-mail. The correspondences as to the financial support given by EAJ were revealed from the computer records of judge Orta, seized when he was caught.

Accordingly, it was found out that 1300 euro was transferred to the bank account of Judge Orta’s wife by means of two separate transactions by Stuttgart prosecutor P.S. who is a member of EAJ as well. The media outlets under Erdogan’s control alleged that German prosecutor provided help for judge Orta so that he was able to hide out. Judge Orta, held under pre-trial detention arbitrarily over terrorism charges, is being accused this time of the financial support he took from EAJ. According to the reports taking place in press, beside judge Orta, EAJ and Stutgart prosecutor P.S., leading to this fund transfer, have been also included into this investigation (1).

Launching an investigation into foreign lawyers in Turkey is not limited to this incidence. Previously, upon a case was filed against Reza Zarrab in USA for giving so much astronomic bribery to Erdogan and his cabinet members for the violation of Iran sanctions, Turkish prosecutors who are staunch supporter of Erdogan launched investigation into federal prosecutors of USA over charges of giving support to the armed terror organisation! (2).

These happenings are only two examples for the unlawfulnesses being experienced in the last two years in Turkey. The judges and prosecutors of the judiciary under the control of Erdoğan have been continuing to give a hundred thousands of opponents especially their colleagues so much hard times and similar tragedies over alogical and baseless grounds.

Who is judge Mesut Orta?

Beginning to experience judicial task as a judge in criminal law, jugde Mesut Orta was then appointed to the Data Processing Department of Justice Ministry as a rapporteur judge due to graduating from computer programming beside getting a degree of law. Then in 2011, he was appointed to head of the department installing and developing the software of UYAP (Turkish e-justice system), awarded by many international institutions including United Nations. Getting PHD degree in information technologies and having books published in this field, judge Orta had given lectures in universities and Turkish Justice Academy (3).

Judge Orta had rather hide than surrendering because of the reason that thousands of his colleagues were arrested arbitrarily for allegedly having a membership in terror organisation over July 15 coup attempt pretex. However, he was caught and detained upon a detection of his house by police officers he had been hiding in Diyarbakır. Police battered him and his colleagues he resided together when raided his house. The battery evidences were recorded in hospital records in a hospital where the judges were referred. Orta and his colleagues, battered, insulted and threatened, complained about the police officers but the Prosecutor’s office declared decision of non-prosecution (4). In these days, hundreds of Orta’s colleague judges being tried of similar allegations have been unduly sentenced to 6 years and more in prison. However, the prosecutor’ s office seeks 22,5 years jail sentence for judge Orta for managing the armed terror organisation under the pretex of his senior office in Justice Ministry!(5).