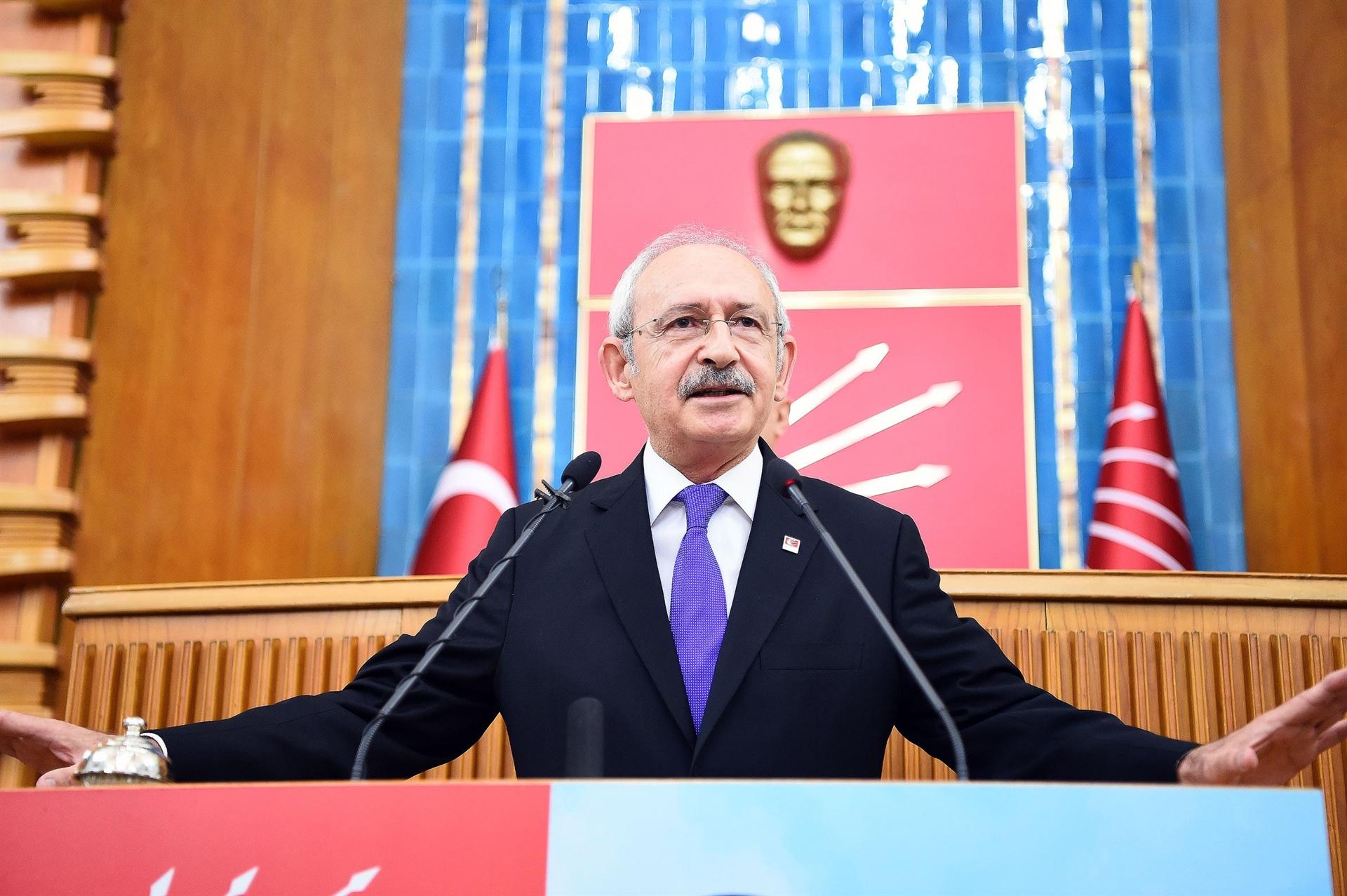 “I want to ask all those judges and prosecutors why they stood up. Was it because the leader of a political party arrived? Will they stand up every single time a leader arrives?” Kılıçdaroğlu said on March 20 while addressing his party group in parliament.

His comments came after newly appointed judges and prosecutors attended a ceremony on March 19 where their jurisdictions were determined in a draw.

The ceremony taking place at the Presidential Complex attracted criticism from the opposition, which argued that it was an example of the rising influence overshadowing the judiciary.

In previous years, the draw would be held at the Board of Judges and Prosecutor’s (HSK) building or at the main courthouse before the Presidential Complex was built in 2014.

Criticizing the judges and prosecutors who participated in the standing ovation after Erdoğan delivered an opening speech, Kılıçdaroğlu slammed the new senior judiciary members for “bowing down to the power of the presidency.”

“I am calling on those judges to leave two buttons on their robes undone, which will have the emblem of the presidency. When they come to you, do not just stand up, but button up your robe. One of the buttons will be for executive and the other for legislation. You can button up your robe before them… You are not suitable to be judicial members,” he said, referring to a historical tradition in Turkey where judges and prosecutors do not button up their robes before senior politicians.

Kılıçdaroğlu accused the current judiciary members of being influenced by the ruling Justice and Development Party (AKP), while saying the CHP defends an independent judiciary.

“But they insist on getting instructions,” he said.

Kılıçdaroğlu recalled the credit rating agency Moody’s recent decision to downgrade Turkey’s debt on March 8, citing the agency that there was an “erosion of checks and balances” in Turkey.

“The authority of the judiciary being undermined can be clearly seen by the government’s refusal to honor a Constitutional Court ruling to release certain political prisoners, and a lower court later sentencing the prisoners to life in jail,” Kılıçdaroğlu said, referring to the case of journalists Mehmet Altan, currently in jail, and Şahin Alpay.

The local court had defied Turkey’s top court’s decision on the journalists. Kılıçdaroğlu said the local court should comply with the law.

“The Constitutional Court rules to release while you hand down a life sentence. There should be some morality,” he stressed.