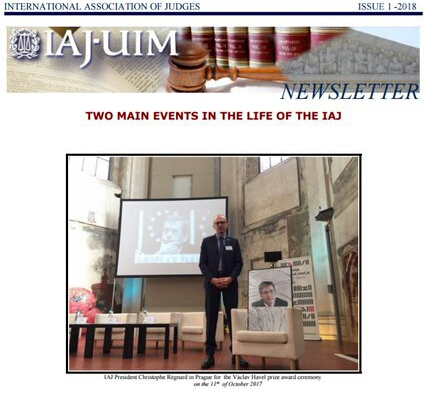 International Association of Judges (IAJ) has published its 2017 Newsletter. At the first page, Secretary General of IAJ Giocomo Oberto wrote up main events of 2017 by mentioning arrested president of YARSAV Murat Arslan and actions about Turkish Judiciary as follows:

2017 has been a hectic year in IAJ’s long life. Among the numerous activities which occurred during these twelve months, I would like to refer to two main events, which will crucially impact the history of our Association.

The first one, is the bestowing of the Václav Havel Prize to Murat Arslan, President and co-founder of YARSAV, who has been in detention since October the 19th, 2016. The IAJ meticulously prepared the dossier and submitted his candidature during last spring to the Parliamentary Assembly of the Council of Europe, which awarded Murat the prize on the 9 th of October.

Subsequent to this, our President Christophe Régnard presented an official speech during the conference held in Prague on the 11th of October 2017 in respect to the Václav Havel prize award ceremony (see: http://www.iaj-uim.org/news/president-regnard-in-prague-for-the-vaclav-havel-price-awarded-to-murat-arslan/; President Régnard’s speech is also annexed as an enclosure to this newsletter).

In addition, numerous letters, official statements, declarations and resolutions were passed and sent to the international authorities pertaining to the situation of the judicial system in Turkey. These are all available on the official web site of the IAJ (see: http://www.iaj-uim.org/solidarity-news-and-documents-about-yarsav/).” 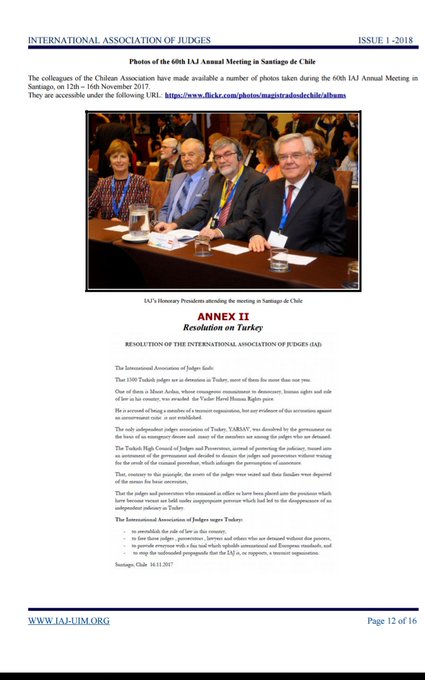