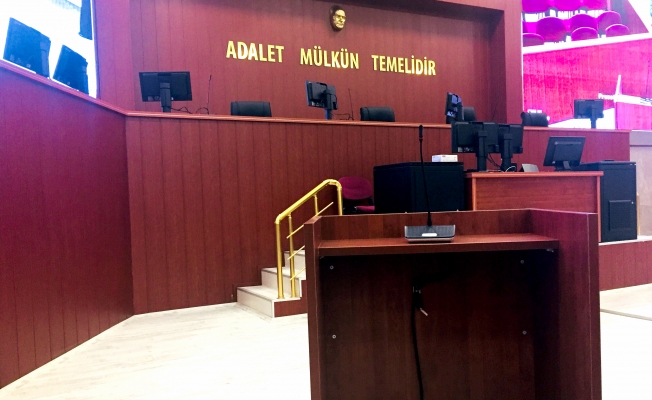 The ICJ condemned the dismissal of eight judges and three prosecutors by Turkey’s Council of Judges and Prosecutors (CJP) on 14 October 2020, for alleged membership of or connections with the Gülenist movement as a violation their right to a fair trial.

The ICJ calls on the CJP to revoke its order. In case any further is to be taken, the cases should be re-examined under the ordinary dismissal procedures.  The ICJ also urges the Turkish Government and Parliament to modify the constitutional rules on the CJP to ensure its full independence.

“This decision not  only affects the rights of the judges and prosecutors at stake, but also the Turkish population as whole, which damages the functioning of a fair and independent justice system bound by the rule of law”, said Massimo Frigo, Senior Legal Adviser with the ICJ Europe and Central Asia Programme.

The decision by the Council of Judges and Prosecutors (CJP) is particularly problematic because it was not accompanied by any reasoning on the individual situation of each judge and prosecutor.

International law provides that judges may be dismissed only through a fair hearing before an independent authority. The lack of individual reasoning in dismissal decisions strikes at the heart of the right to a fair hearing.

As the ICJ demonstrated in the 2018 report Justice Suspended, within the current constitutional framework, the Council of Judges and Prosecutors (CJP) is itself  not provided with the guarantees necessary to ensure its institutional independence.

Despite the state of emergency having been lifted since July 2018, extraordinary powers given to the Council of Judges and Prosecutors to dismiss judges and prosecutors during the State of Emergency still apply, having been extended for three  years by Law no. 7145.

“It is unacceptable in a State governed by the rule of law that judges and prosecutors – whatever charges may be against them – be dismissed without a fair procedure, in disregard of international law.” Said Massimo Frigo.

On 14 October the Council of Judges and Prosecutors made use of special powers to dismiss judges and prosecutors without complying with the ordinary procedure, invoking extraordinary powers enacted by Law No 7145 of 31.07.2018. The decision was issued in the Official Gazette on 30 October 2020. This legislation inserted into ordinary law several powers that had previously applied under the state of emergency legislation. More than 30 judges have so far been dismissed under this procedure since the end of the state of emergency.

One of the amendments made by Law No 7145 of 31.07.2018 was to the Decree Law No 375 dated 1989. A Temporary Article (Article 35) was added to the Decree. On the basis of this article, the General Assembly of the Constitutional Court, the Presidency Councils of Court of Appeal, the Council of State, the General Assembly of the Council of Judges and Prosecutors, a Commission set up by the Ministry of National Security, and the Presidency of the Court of Audit, were each authorized to take dismissal decisions for public officials/judges and prosecutors under their mandate for three years from the date of the endorsement of the law No 7145

The decision to dismiss the nine judges and two prosecutors was made on 14 October 2020 and published in the Official Gazette on 20 October 2020. After recalling Law no 7145 that enables the dismissal of judges and prosecutors by the Board, the decision states that all defendants have asked to submit their written defences. The decision also indicates that this is not a criminal conviction. The decision is based on complaints received and refers to investigations on their social environment, criminal investigations and prosecutors conducted by judicial authorities in general on the Gülenist organisation/FETÖ, minutes of hearings, contents of the communication app Bylock, statements by witnesses and suspects. However, the decision does not include any reasoning relating to the individual situation of each judge or prosecutor.

International law and standards provide that disciplinary proceedings should be conducted by an independent authority or a court with all the guarantees of a fair trial and provide the judge with the right to challenge the decision and sanction. Disciplinary sanctions should be proportionate.

“charge or complaint made against a judge in his/her judicial and professional capacity shall be processed expeditiously and fairly under an appropriate procedure. The judge shall have the right to a fair hearing. The examination of the matter at its initial stage shall be kept confidential, unless otherwise requested by the judge”

The Consultative Council of European Judges (CCJE) adds that “a Head of State, Minister of Justice or any other representative of political authorities cannot take part in the disciplinary body.”