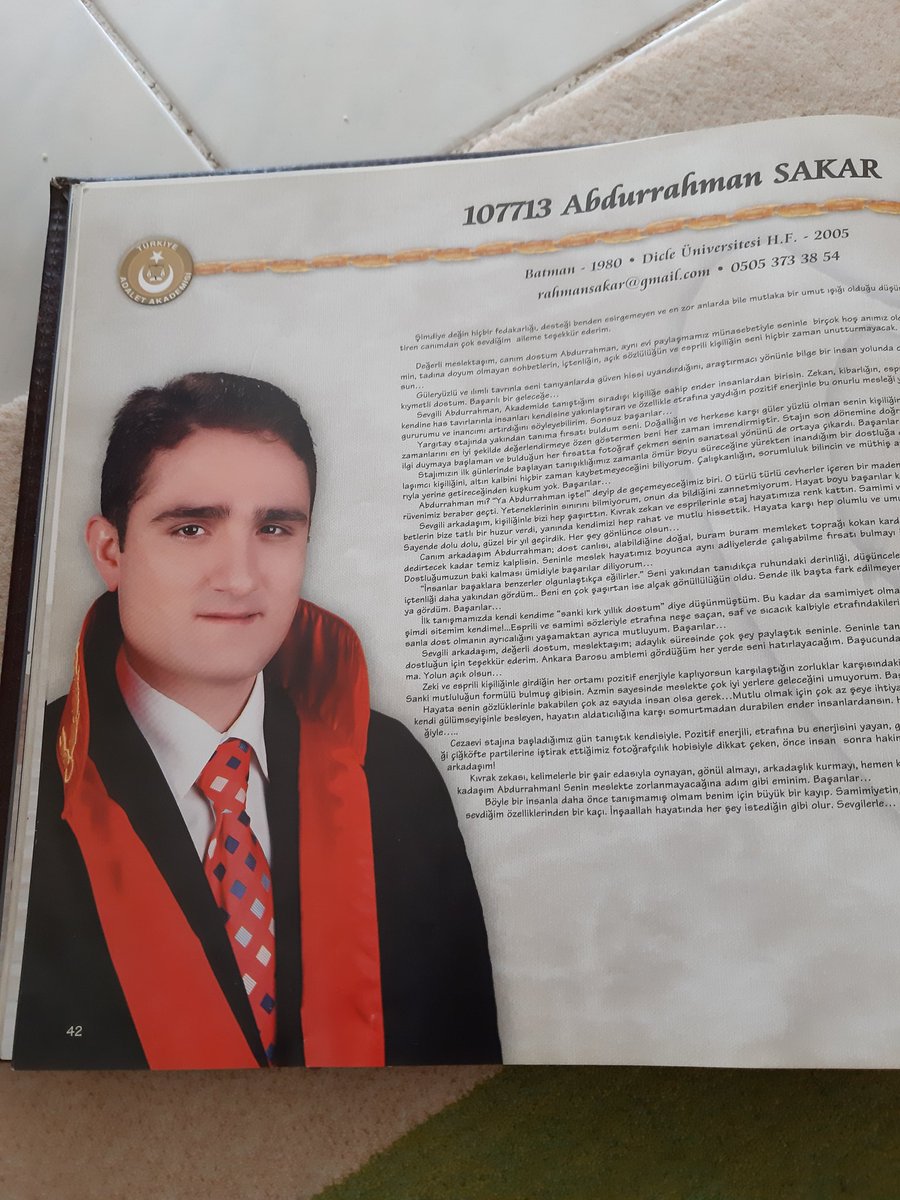 He was a judge in Batman Provincial District when he was dismissed over the pretext of terrorism charges after 15 July coup attempt. Despite his acquittal, he was not returned to his post. Lawmaker and HR defender Ömer Faruk Gergerlioglu tweeted his situation by quoting  his wife: “Following his abdominal pain, my husband Abdurrahman Sakar was diagnosed with lymph cancer. But he does not even want any treatment; instead “I want to die” he says after everything he has been through. His life has passed through with poverty and all kinds of difficulties.”Source:https://twitter.com/gergerliogluof/status/1131200462739394560?s=19